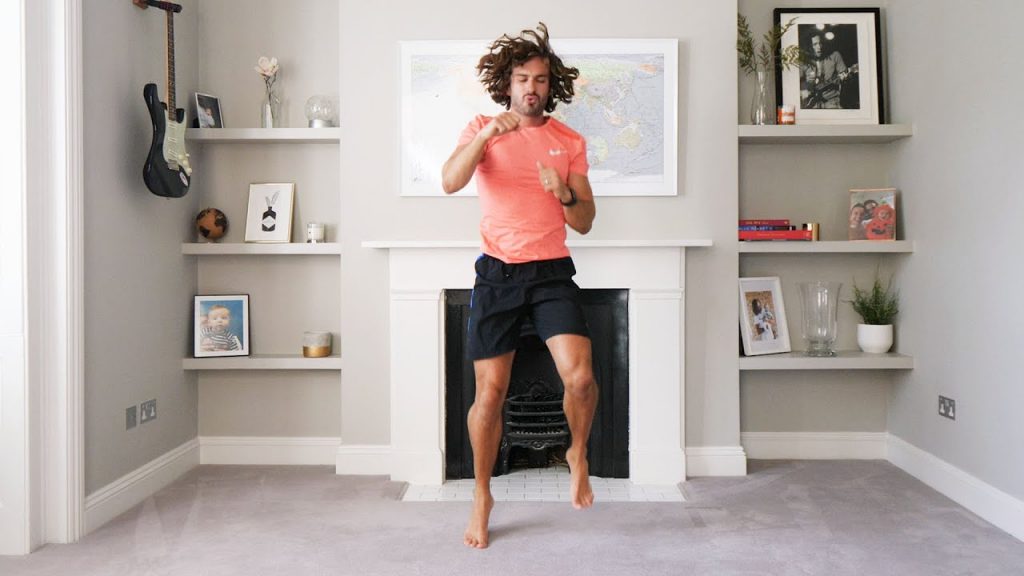 Being confined indoors requires some innovation around exercise. So, it comes to pass that Joe Wicks is on the TV doing a live class on YouTube and I’m joining in.

Ok, so I’m doing the warm-up which seems to have got me red-faced and wheezing away. I like Joe. He doesn’t mind leaning on one knee and catching his breath at one point after a series of squat thrusts render him out of puff.

In the Fuller gym, it’s soon time for a session on the boxing punch bag. Joe is keen on HIIT or high intensity interval training. It requires a short burst of manic energy, rest and then another short burst.

I must have unintentionally been championing HIIT for years, given how short my exercise regime tends to be.

Ladies and gentlemen, in the blue corner, weighing in at a bag and a half of Seabrooks Crisps is The Undisputed Champion of the Cricket Tea….The Club Cricket Keyboard Crusader…..and Paperweight Challenger…

A mere five minutes later, the boxing bag has won this shortened bout and my heart rate is going like the clappers.

During the course of the next few days, the pain is like that first indoor cricket net of the year. When you throw yourself into it with gusto only to spend the following week walking upstairs in slo-mo and every atom of your body hurts. 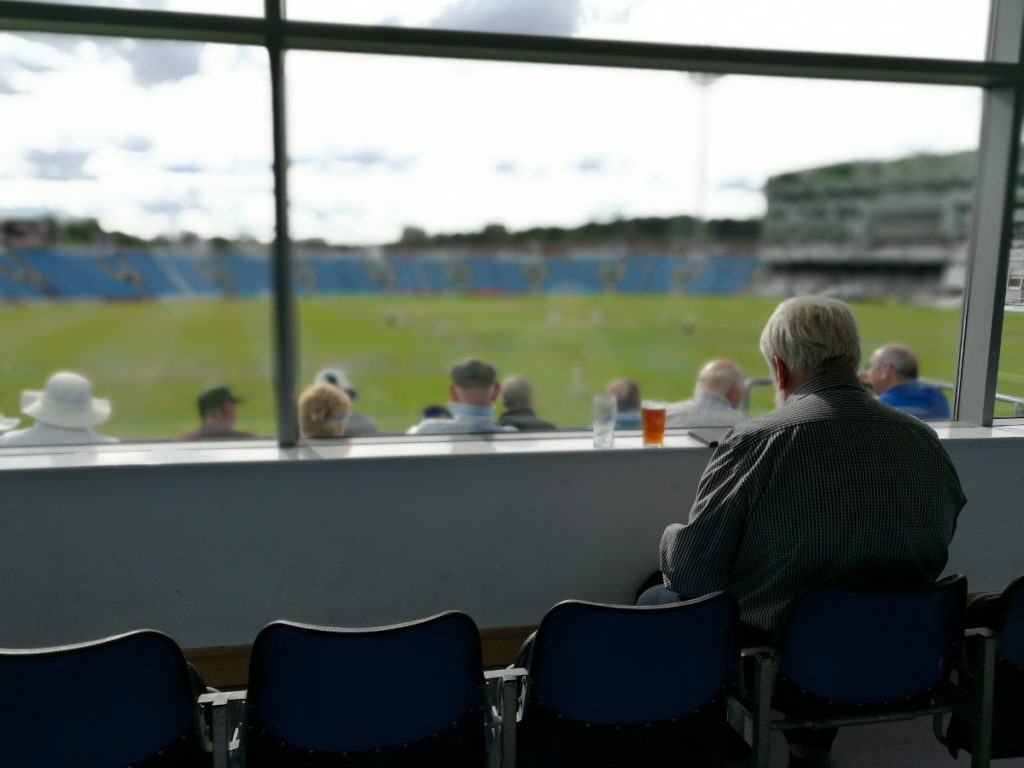 I’m reading the first issue of The Pinch Hitter, an interactive digital magazine that has launched in association with the Nightwatchman.

It’s heartening to see for any number of reasons. The more variety in cricket writing the better and its remit to help support the freelance community with work at this most rocky of times is an admirable one.

Meanwhile, Jonathan Liew captured the keen absence of county cricket as well as anyone and what it means to so many.

It is a time that underdogs shine, England players don’t always dominate for their counties and the scorecards read like a tin-pin bowling match.

April has been freakily warm and settled. Depending on your outlook, this is either fortunate for lockdown when we are stuck indoors so that hour a day outside is even more precious.

Or, the weather/cricket gods are mocking us and we will never see another April like it again.

I’m glass-half-full. Bingley has looked more like California with endless days of pleasant temperatures and bold, blue canvases, punctuated only by the occasional fluffy cloud.

I’ve been indoors for over a month now. In my particular case, that’s likely to stretch for most of the summer at least, regardless what happens to the general population. I’m strangely at peace with it. Ask me again if the chocolate biscuit supplies run low.

I hope you’re all coping with this prolonged isolation. It is an entirely alien and taxing mental battle to be cooped up and we’ll all have our ways of dealing with it.

Do leave a comment on this article if you’ve anything cricket-related (or not) that you’ve begun because of the lockdown.

I have the occasional tantrum and desire to go for an epic long walk, see the sea or immerse myself in the Yorkshire Dales but that claustrophobia passes. 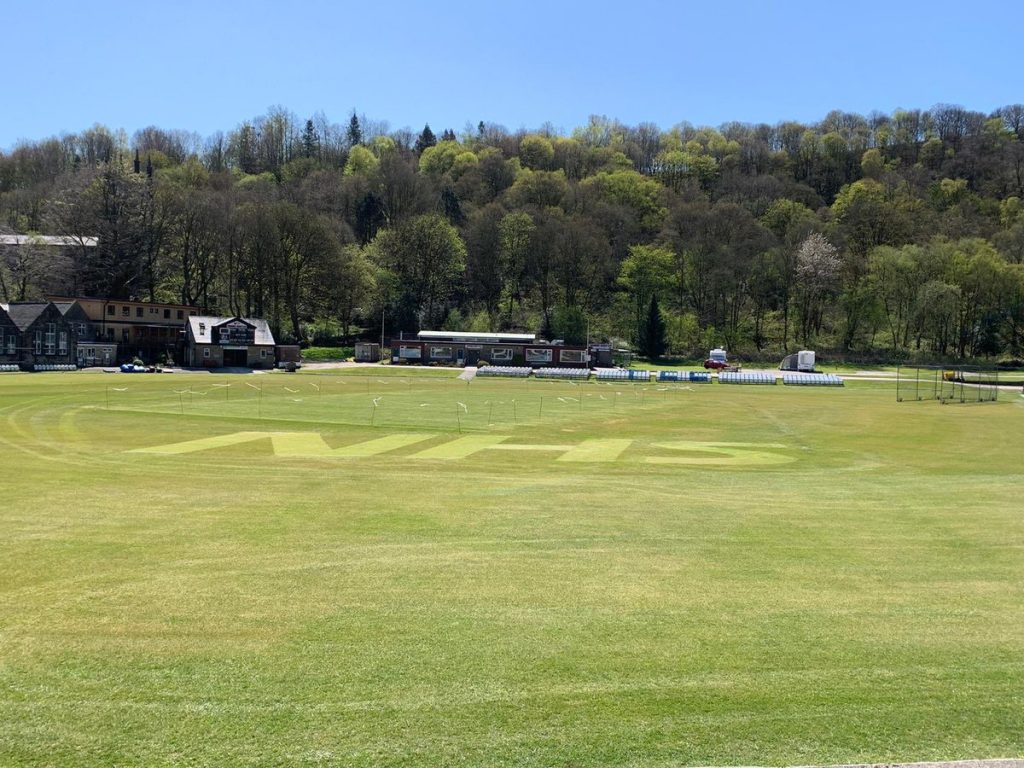 Today is a landmark; it would have been the start of the club cricket season for many clubs around Yorkshire.

Because coronavirus struck and all cricket was halted until at least 28 May, my plans of which club to visit hit the buffers ages ago.

Around this time last year saw visits to Silsden, Calder Grove and Pudsey St Lawrence (to name a few) but the goal generally is to seek out clubs I’ve not been to before; find unusual grounds and stories.

Some will only countenance the cut and thrust of Premier League cricket but I am at home in the Nidderdale League as I am in the Yorkshire Premier League North.

It’s at this time of year I usually post one of my most popular articles of the year: ECB Premier League transfers for Yorkshire. You can’t get the full, comprehensive outlook anywhere else from one source.

It’s a hell of job collating, editing and formatting all the club moves, allied with overseas signings, but readers like to see who has moved where and remind themselves who might be title-chasers or relegation prospects.

Well, I’ve parked that for now. Not least because there must be considerable doubt as to when or if overseas players will be able to get to the UK, once restrictions ease.

A few signings to pluck from the sea of transfers. Sam Drury has moved from Scarborough to Hanging Heaton, Moin Ashraf is back in the Bradford Premier League with Morley while Ben Coad has switched to Townville.

Simon Lambert heads back to York with Ryan Gibson at Stamford Bridge from NYSD side Marske. Josh Holling goes to Cawthorne from the Bradford League while Whitley Hall have snapped up Biswick Kapala from Houghton Main.

Of course, this might all be academic but a little like whipping up a magic spell, by talking about player transfers, I am summoning the cricketing spirits and with any luck, there might yet be some cricket to savour in 2020.

We all need a positive beacon around which to coalesce in grim times of which a global pandemic probably counts.

So, the news of Captain Tom Moore walking 100 lengths of his garden before his 100th birthday has really struck a chord. See his fundraising appeal here.

Through the generosity of many, he has raised over £28m for NHS charities. Captain Moore originally hoped to reach £1,000. That’s like trying to score your first run ever with the bat and still going strong on 894 not out.

It was left to Joe Root to call the war veteran and sum up the thoughts of a nation by thanking him, one Yorkshireman to another.

I grumble quite a bit about the lack of positive mainstream news and this was balm for the soul, even if it slightly puts my Joe Wicks session from the start of the week in the shade.

Stay safe, leave a comment after the article if you want to share how you’re coping with the lockdown or anything raised in this column.

**You can see all the past CY columns here**

Plus, sign up for the Cricket Yorkshire newsletter for inside news from CYHQ, competitions and partner offers. Plus, a free download of my guide: ‘6 Ways to Get Your Cricket While The Season’s On Pause’.