In this extract from my latest cricket book Last of the Summer Wickets, I describe the start of the Scarborough Cricket Festival, the race for a prime viewing spot, Bradman’s 1948 Australians and sneaking Wisden Almanacks into the house.

(*Cricket Yorkshire is reader-supported. That means when you buy through links on our website, I may earn an affiliate commission. You’ll be supporting Cricket Yorkshire at no extra cost to yourself.) 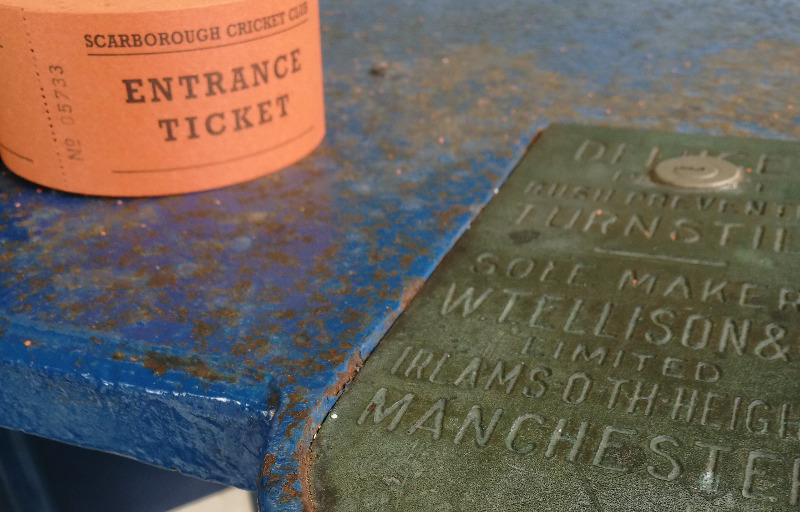 Play starts at 11am with the gates open at 10am, or earlier for Yorkshire members, who get the perk of bagging their favoured spot in the ground. One friend described it as a miraculous event, akin to visiting Lourdes.

Walking sticks are cast aside and aching limbs forgotten in the rush to secure a prime viewing location.

The forecast is for rain in the hour before the cricket commences. This ominous prediction and the prospect of a delayed start has thinned the flock of early birds at the main gate. In fact, the queue is more of a polite huddle.

There are separate turnstiles for OAPs and members which, if I’m being honest, is a little confusing. Today, there’s no heaving migration, though it is remarkable how many materialise from nowhere as the shutters judder into life.

Quick off the blocks is a gentleman with bushy eyebrows and a tawny coloured fleece, who fairly flies through the gates and weaves his way through the pace-setters to lead the pack and get to the prize of pavilion seating in first position.

Placing a coat or a bag on the white plastic seat is enough to secure it for the duration and it beats peeing round the base of your seat as an act of marking territory. 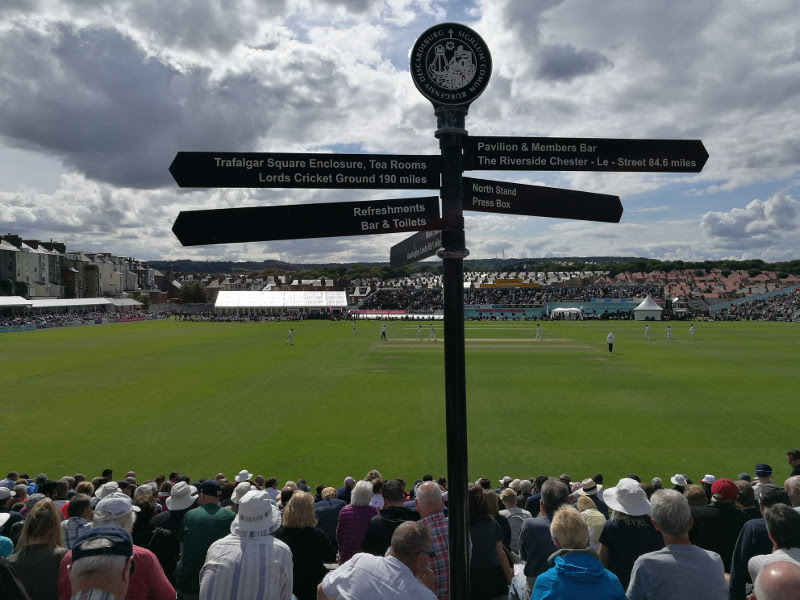 With time to spare, the tea room is calling me. I head over to browse through the donated cricket books now housed in a bookcase by the door. Titles of the ilk of Hit for Six, Cricket My Happiness and Spinning round the World encourage closer inspection.

Thumbing through Bernard Hollowood’s 1970 green hardback Cricket on the Brain, I strike up a conversation with the man next to me.

Malcolm is full of anecdotes, such as sitting in the deckchairs by the marquee in 1983 when Brian Johnston was President of Scarborough Cricket Club and seeing him dance at the lunch interval with his daughter as the band played.

A tradition long since lost, the band used to be in full swing during the cricket itself and everyone would stand to attention for the national anthem at the end of the day, which had been known to catch cricketers unawares. 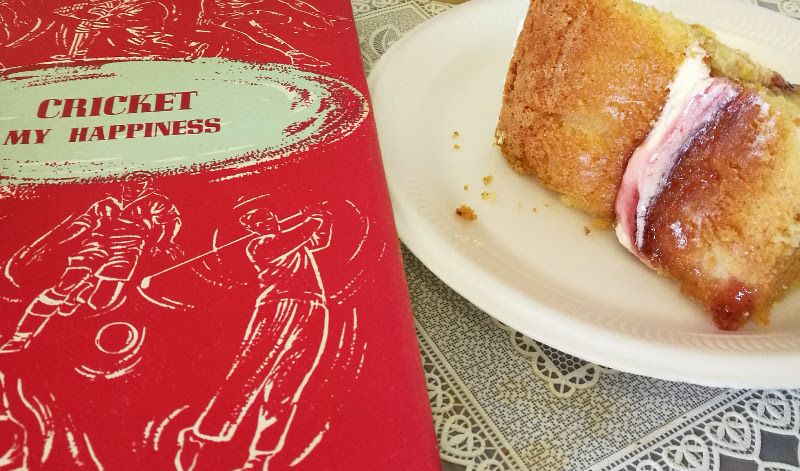 My favourite tale of Malcolm’s concerns his mum regaling of a family holiday to Scarborough in 1948 and staying in a bed and breakfast in Trafalgar Square.

His parents’ bedroom overlooked the ground and his brother would sit by the window, entranced by Bradman’s 1948 Australians, only moving during lunch and tea intervals.

My first conversation with a cricket fan at the Festival proved to be as fruitful as I’d imagined, but there was more to come from the dyed-in-the-wool devotee.

‘Cricket is Life’ is his battle cry, thumping his chest, when asked what makes Scarborough so important.

He sheepishly admits to feeling melancholy if circumstance forces an absence from a county game at the coast, as was the case with the Surrey fixture.

Such unpalatable inconveniences force a grimace and I suspect he’s not alone there.

It turns out Malcolm is an avid cricket book collector and has thousands in his collection. Mrs Malcolm is less chuffed with being up to her eyeballs in publications with several rooms now full to the brim.

You can imagine Wisden Almanacks, their yellow covers glowing like street lamps, stuffed under armpits and snuck into the residence at the dead of night.

** Adapted from Last of the Summer Wickets by John Fuller, published by Great Northern Books (£9.99).

Want to buy someone a copy or treat yourself?

The book blends travel writing, places in Scarborough and the importance of the Festival to fans with interviews from the likes of Geoffrey Boycott and Darren Lehmann.

(*Cricket Yorkshire is reader-supported. That means when you buy through links on our website, I may earn an affiliate commission. You’ll be supporting Cricket Yorkshire at no extra cost to yourself.)

As an Amazon Associate, I earn from qualifying purchases. These will always be identified on every page where they are used. Crucially, they don’t affect the independence of the writing, the choice of subject or how I review or mention products.