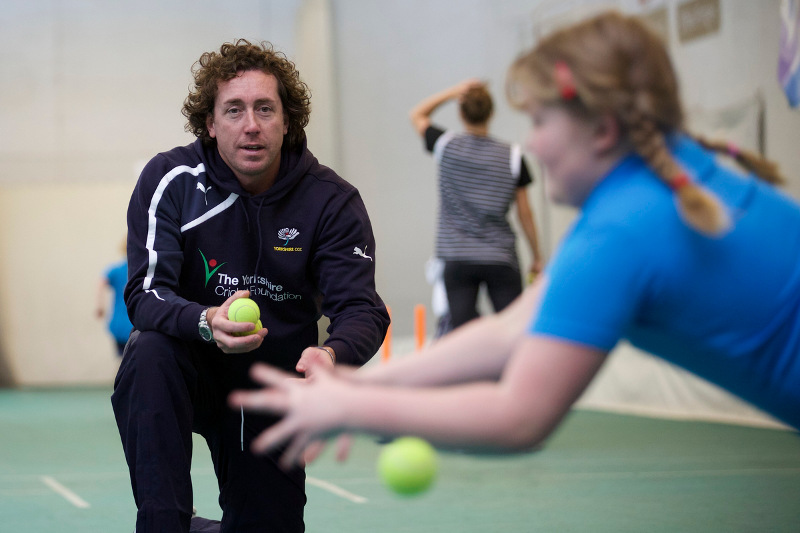 My own earliest memories of cricket are from the dim and distant past when I first played for my school team in the eighties.

In junior school, I was a beanpole, marginally successful, left-arm ‘spinner’ who didn’t spin the ball.

Nowadays, they call that delivery ‘the arm ball’ but back then, kids would chuckle and then club my bowling to every part of the county by virtue of knowing that it would rarely deviate off the pitch – unless en route to a hedgerow.

Somehow, I was in the ‘A’ team but only by the skin of my teeth and batted last by virtue of being terrified of a cricket ball.

To my eternal shame, I may well have invented the quivering step to leg…

When it came to fielding, I was invariably placed at first slip; not because I had hands like velcro but because slip catches were rare at the grand age of nine so better fielders were stationed elsewhere.

I wasn’t very good to begin with but got a bit better and trips by spluttering bus to other schools were anticipated for weeks.

From these uncertain, embryonic beginnings sprang a love of the game so deep that I have happily bowled 40 million overs since, boast a batting average that ressembles Pi and have a career as a cricket journalist.

The point is that schools cricket was the catalyst and really, really matters.

Participation is a bit of dry word to trot out; it’s really about a chance for children to enjoy playing a game of cricket at an early age.

All of which is why the Drax Cup in Yorkshire is a success story that deserves all the credit it gets and more.

As the largest under-nine cricket competition in the country, some 22,000 school children have had a go at team sport through cricket since The Drax Cup began in 2007.

The importance of integration and the same opportunities for both sexes is helped with one of the rules of this eight-a-side pairs-cricket format being that the team (unless a single-sex school) must have at least two girls involved.

Schools compete to be Champions of North, South, East or West having won their area final for a chance to be crowned overall Champion school at Headingley.

The 2014 champions were Shawlands Primary School from Barnsley but a new school will get to lift the shiny swirl of metal on a wooden base.

Understandably, this is a big deal for year 3 and 4 pupils to make it to the home of Yorkshire County Cricket Club and show what they can do. 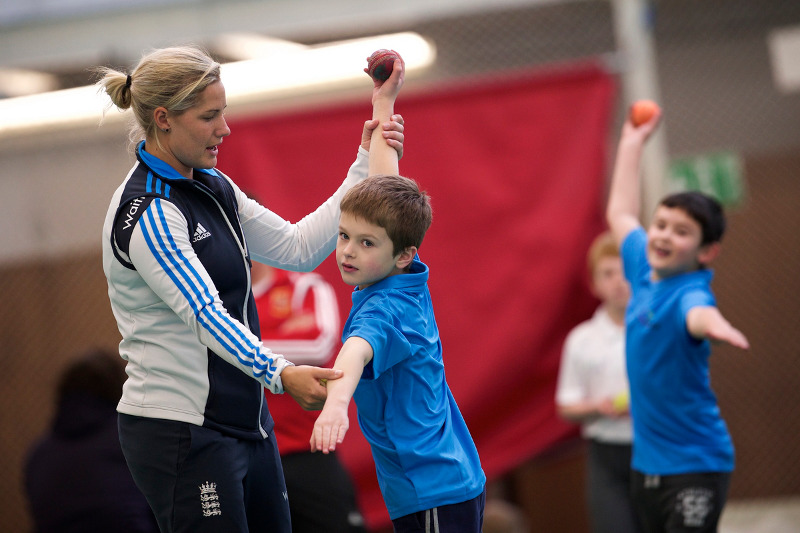 The authentic link with the county club is a crucial one with Andrew Gale, Yorkshire’s captain, a proud ambassador, as is Katherine Brunt, the Yorkshire and England fast bowler while Ryan Sidebottom and Will Rhodes have also backed the schools cricket competition.

Since its inception, the Drax Cup has been sponsored by Drax, the North Yorkshire power plant situated between Selby and Goole.

District cricket is also available for those at under nine and eleven twelve groups to represent their geographic area and is seen as a stepping stone towards future County age group recognition.

For the older schools cricketer, there’s a national club competition for players under 13 and under 15 which Yorkshire participates in and an under 12 national competition called the David English Cup.

Ross Atkinson is the Schools contact at the Yorkshire Cricket Board (YCB) and to learn more about the YCB’s involvement in promoting the game, here’s Schools Cricket on the YCB website.

Returning to The Drax Cup, you might wonder at the perhaps unlikely link between a power station and anything cricket related but here in Yorkshire, there’s actually a proud history of power stations having their own cricket teams or hosting cricket including nearby Eggborough Power station.

Balls fizzing to all parts, well judged runs, athletic fielding and plenty of skill on show from the bowlers as well as the usual dropped catches, wides and missed opportunities too.

So it ever was in all forms of cricket…

Pairs cricket introduces school kids to the whole gambit of skills like the notion of working together with a batting partner, sliding your bat in, calling clearly and collaborating for the team.

Congratulations to this year’s winner who were Greenhill Primary School of Sheffield who won in the final.

You can visit The Drax Cup website to keep an eye on future developments, thanks to them for use of the above images and it looks to be a competition going from from strength to strength.