You are here: Home / Club cricket / Can bamboo ever replace willow in cricket bats?

Bamboo in cricket bats? This Cricket Yorkshire article was originally written in 2014 but given that scientists have revealed a new 2021 study that lends further weight to the potential of bamboo in cricket, it feels right to re-share it. Have a read and leave a comment!

The world’s largest supplier of English willow for cricket bats, J.S. Wright, are now advertising ‘Trees Wanted’ on their website.

Call it coincidence or indicative of a wider problem concerning dwindling reserves of English willow?

If you have reams of banknotes down the back of the sofa and investing in gold bullion or property isn’t your thing, get your hands on a plot of land with some willow trees.

You might want to snap up some kryptonite or hen’s teeth at the same time, if you get my drift.

Why is English willow the bee’s knees?

The deciduous broadleaf tree, salix alba or white willow, has been the preferred choice of cricket bat manufacturers for hundreds of years.

Why? This particular willow is both tough and has enough ‘give’ and the species flourishes in England where the trees appreciate the temperate climate and rainfall.

Down the years and behind the scenes, experiments have been done with other types of wood like poplar but none matches the strength and flexibility of English willow.

Other not so subtle experiments like Dennis Lillee’s ill-fated (and subsequently banned) ComBat made from aluminium went the way of the dodo.

Incidentally, there’s nothing in the Marylebone Cricket Club (MCC) Law 6 which governs ‘The Bat’ that says cricket bats have to be made from willow – just wood.

Is the cricket bat industry on a precipice?

You wouldn’t know it but cricket bat English willow perches, somewhat precariously, between the huge demand and the niche position of where it’s grown and dangers to its supply.

Two words could wreck the industry and change it irrevocably forever.

This bacterial disease needs to be identified early as it means that particular willow tree has to be cut down and destroyed.

If something – and it could equally be a plague of particularly hungry squirrels, the goat moth or humble woodworm does target English willow, what are the options?

Demand for English willow to make cricket bats will always be feverish until supply falters or an equal woody rival emerges.

There are uncomfortable truths about the English willow market and more broadly, the manufacture of cricket bats.

While some like Gray Nicolls, Newbery and Chris Kippax near Methley grow their own willow stocks, by and large, JS Wright monopolises supplies – and sales – of English willow across the world.

So, we have a product made from only a certain type of willow, grown in certain areas of England, and predominantly only sold by one company?

Any alarm bells yet?

An outsider could be forgiven for thinking the English cricket bat industry is anything but sustainable or resistant to the whims of nature.

This isn’t to paint JS Wright in black and white terms as the corporate villain, all’s fair in love and business after all – but could another wood like bamboo ever be a viable alternative?

The truth is that ‘Project Bamboo’ – to make a cricket bat from bamboo – faltered early at the Cricket Yorkshire office (though we’re still open to collaboration).

Willow ‘clefts’ can be bought easily and shaped into a cricket bat, assuming you have access to a knowledgeable batmaker (there’s a few in Yorkshire).

Just sourcing the raw materials to attempt this feat is no walk in the park. Funnily enough, bamboo doesn’t come in ready-made clefts.

In the UK, you might more realistically source it in panels for flooring or poles for fencing.

With bamboo as with any other wood, it comes down to whether it will take the impact of a cricket ball again and again, after being robust enough to be shaped into a bat without cracking and splitting.

Bamboo is one of nature’s most remarkable and versatile raw materials used for flooring, construction and most importantly, feeding pandas.

For cricket bat manufacture, it would probably need to come in a pre-produced format like clefts, compacted and possibly treated.

Bamboo has a lot going for it in its speed of growth, sustainability, supply and environmental credentials.

The type of grass is one of the fastest-growing plants on the planet and there is little or no waste in production.

It’s genuinely organic in the sense that it needs no fertilisers to flourish and the yield can be up to 10 times that of cotton per hectare.

In sustainability terms, bamboo excels with only the stems cut, which rapidly re-grow with relatively little irrigation requirement, and it is completely biodegradable.

Bamboo represents a real opportunity as a cash crop for farmers living in poverty in rural China, a country that accounts for one-fifth of the world’s bamboo, according to the United Nations.

All of this promotes bamboo as a legitimate, green substitute to cotton but still a grey area as to whether that extends to willow.

Putting it out there as a concept, there could be some mileage (literally) in that cricket bats are currently grown in England, shipped to India for construction then shipped all over the world.

Imagine a bamboo cricket bat grown in China and made in India.

It’s a fact of life that labour costs prevent the obvious perfect circle…a cricket bat being grown and mass-produced in the UK.

If it’s ain’t broke…yeah, yeah, you might have a point but the strength, durability and supply of bamboo may yet mark it out as an innovative alternative. 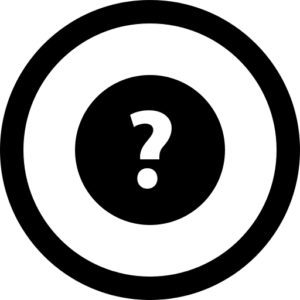 Why aren’t more cricket shirts made from bamboo?

The answer to that is that it’s not profitable enough.

But even still, It’s really in the realm of clothing where bamboo, relatively niche and expensive, could make a lively impact.

On this front, bamboo has much to recommend it here too:

Breathability: Due to the inherent structure of bamboo, with a network of micro-gaps, it is unrivalled in terms of moisture ‘wicking’ or speedily absorbing sweat into the clothing, which then evaporates and cools the body.

Softness: Take it from someone who wears a lot of bamboo clothing that you’re missing out. Bamboo has a distinctive, silky texture to the touch and is so comfortable.

However, both cotton and bamboo have the potential to lose that softness, depending on the quality and blend of the fabric and how strenuously it is washed over time.

Pollution and poor working conditions are just two accusations levelled at cotton farming, which – according to the World Wildlife Fund – accounts for around half the fibre used to make clothes and textiles worldwide.

If we fast-forward to the ICC Cricket World Cup in 2027 (hosted in China perhaps) and the stars are swaggering around in their bamboo teamwear and humping sixes with their uber-light, dashing, bamboo bats, remember you heard it here first…

May 2021 – Editor’s note: Though the recent study at University of Cambridge showed bamboo as a credible option in terms of its weight, strength and sweet spot, there would need to be MCC approval. The prototype bamboo bat was 40% heavier than most adult willow bats so there’d need to be discussions as to what was permissible…but you never know…is the game ready for more innovation in future?