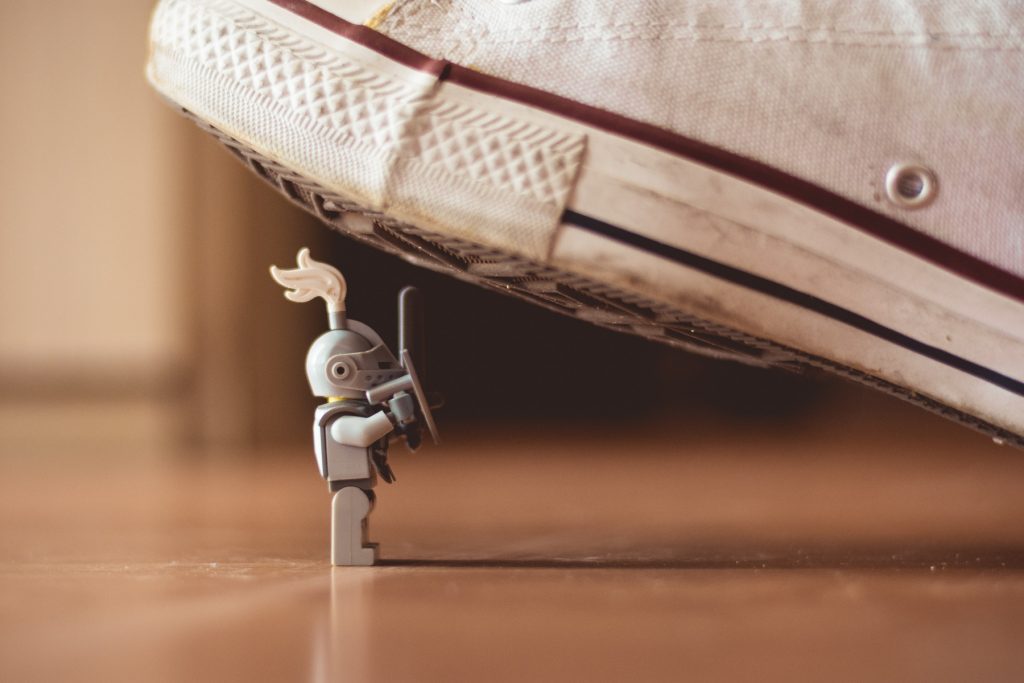 I got a letter from the hospital saying that, because I take medication that weakens my immune system, I am deemed at high risk and must take added precautions as of today and go into a 12-week, bells-and-whistles lockdown.

The term is to ‘shield’ for 3 months and involves not going outside at all and basically living in a hazmat suit 24/7. As letters go, it was on the scary side.

We live in a flat and are also avid walkers. The idea of 12 weeks indoors after a fortnight of already being confined was a major blow. I don’t mind admitting it plunged my mood at a point where I already felt like a caged tiger.

Cue a stressful day of calls to 111, Googling and talking to my local GP who thought I DID have coronavirus but as I was on Day 12 and showing no dip in health, was probably out of the phase considered most dangerous.

Her advice was to shield for 12 weeks but as long as we were very careful, we could venture to the gardens within our flat complex. It was not the long roaming country walks I was missing, but meant I could at least get some air out of the way of everyone else.

That was a major psychological lift after a few hours of coming to terms with a sense of imprisonment.

The advice to shield came at the point where I had coronavirus for a fortnight, so it would be helpful to know if I’m still at risk. There is currently a lack of testing available so time will tell if I can check whether I have the antibodies and can curtail this curfew.

It is odd to think that a virus that might have originated in a Wuhan seafood market has made its way efficiently over to West Yorkshire in a matter of months. 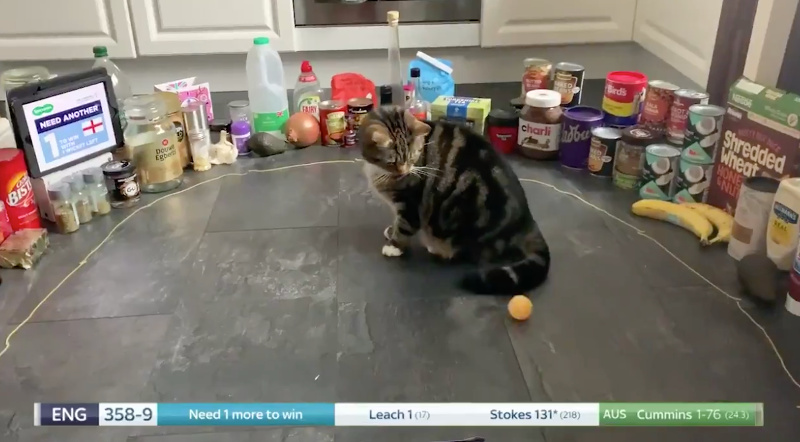 Recreating England winning the World Cup with nothing more than the contents of your store cupboards and acting nous of your cat was a stroke of genius.

In contrast, I did, however, spot a tweet about Clayton Cricket Club whose new £15k nets facility had been ruined due to vandalism.

I feel for the Halifax Cricket League club and struggle to comprehend how someone could do that while we’re all indoors keeping everyone safe.

Seeing images of cricket clubs inevitably spark thoughts of what normality would ordinarily look like.

Normally, I would be out this weekend tracking down the earliest pre-season friendlies in Yorkshire; desperate for a premature chance to catch cricket outdoors.

Meanwhile, the wheels have started turning to help offset the immediate impact of the virus on recreational cricket.

Sport England has announced a £195m package of financial aid that includes a Community Emergency Fund. Similarly, the ECB has said that over £20m will become available for the recreational game.

This will have three elements: a cricket club support loan scheme, grants through the ‘Return to Cricket’ scheme and a 12-month holiday on loan repayments for recreational clubs.

It is a massive vote of confidence and surely a relief to clubs that funding is being released soon. As ever, it still relies on all cricket clubs being aware of the money and the hoops to jump through to acquire it.

Cricket clubs differ on that front depending on the knowledge of their volunteers. I can’t help but think that a universal grant to all cricket clubs – as every club is affected – might have been a fair move to ensure everyone is catered for. 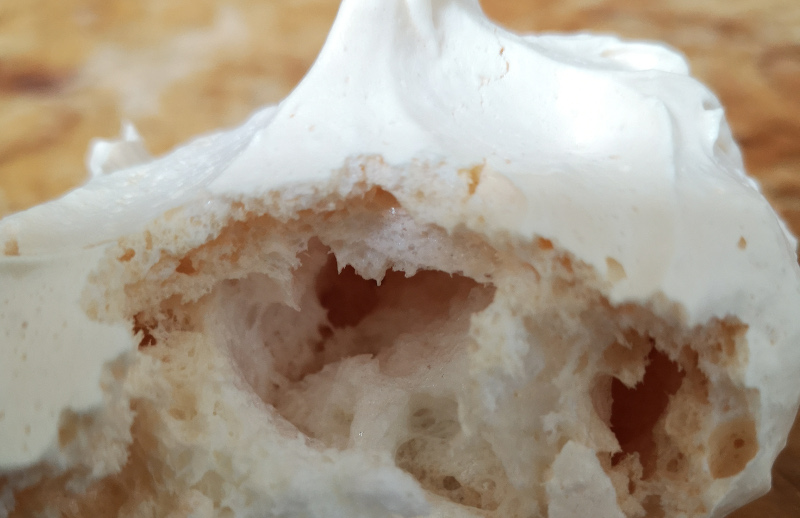 We are baking again in the Fuller household. Batches of biscuits are being rolled out and little edible hedgehogs are barely cooling before they get chomped.

Mrs F has made meringues which emerge from the oven like sugary ski slopes with a warm, gooey centre.

Being kept indoors for weeks soon adapts your behaviour. Typical ways of spending an afternoon soon make way to thinking outside the box.

In my case, that has meant considering a new form of creativity. I spent yesterday photographing a cricket ball. I’ll typically use a long 400mm lens to snap at match action or a phone with a nifty Leica lens to capture cakes, scenery and behaviour in-situ.

With this experiment, I set up a tripod and use a fixed 50mm lens. For a cricket journalist, I have a distinct lack of paraphernalia related to the game around the place. However, as a bowler of many years, I’ve always had a cricket ball to hand.

I find it therapeutic to hold; to toss from hand to hand and practice grips and variations as I pace and think. But, a cricket ball is also a beautifully artistic creation in its own right.

Mine has seen better days but I’d be outside in a match right now like a rocket, if given the chance. It’s long since lost its shine but the scuffs might encourage reverse swing and the hand-stitched seam is still pronounced.

I’ve decided to embrace another new hobby; an extension of cricket photography in a manner of speaking. I’ve bought some cricket figures, grass, pavilion and spectators from a model railway company.

The idea is to set up a club cricket scene at home to photograph and then also use the model railway figures to create unusual images with everyday items.

I’m a big fan of Stevie Spears, whose tiny people painting and decorating a Tunnock’s Caramel wafer caught my attention.

We have our daily walk nailed down and it’s a warm, Spring morning. Our little patch we use for a brief exercise routine, adjacent to a canal, has its own distinctive residents.

We’ve become fond of a pair of grey wagtails with custard-coloured breasts and long tails bobbing and dipping. George and Beryl, as they’ve become known, are content to share the same patch with us, flitting off for a time when we get too close, only to return.

In a built up area, the sound of sheep drifts across to us. It must be in a cattle truck on a nearby road but if you shut your eyes for a second, you could be transported to the Yorkshire Dales.

Our section of the canal is patrolled by a pair of Greylag geese; the smaller female is yanking twigs from the canal bank and placing them carefully on her back for a nest. It is idyllic in its own way, albeit temporary.

Back inside, the day happily drifts by. I am largely over the worst of the coronavirus, if that’s what it was, and thoughts turn to the world of cricket and a round-up of the news.

I’ll leave you with my favourite story of Phil Algar in Kent who built his son a bowling machine.

Ollie what do you reckon on the bowling machine I made for Elliott pic.twitter.com/ETKtXRGXr6

**You can see all the articles here**

Plus, sign up for the Cricket Yorkshire newsletter for inside news from CYHQ, competitions and partner offers. Plus, a free download of my guide: ‘6 Ways to Get Your Cricket While The Season’s On Pause’.