You are here: Home / Club cricket / Driffield’s ‘Have a Go’ blueprint should be repeated across the country 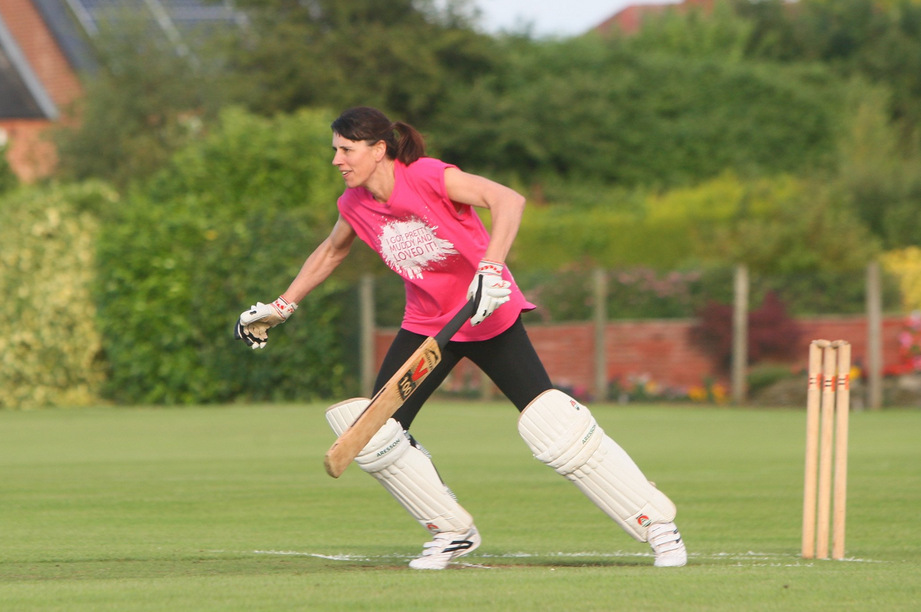 Have a Go. Those simple three words caught my eye on Twitter the other day and it led to a conversation with a woman who clearly loves her cricket.

Say hello to Pam Woodcock of Driffield Town Cricket Club who has been running ‘Have a Go’ cricket competitions annually since 1992.

The premise behind it is to introduce cricket to those who have either never played it before or haven’t done so since their school days. It also has the bonus of extra revenue for Driffield CC once the evening league has come to an end.

This is really exciting stuff. There are oodles of cricket projects to get those of all ages playing the game but there’s a bit of a gap for lapsed or completely novice adult cricketers, beyond the Last Man Stands format. 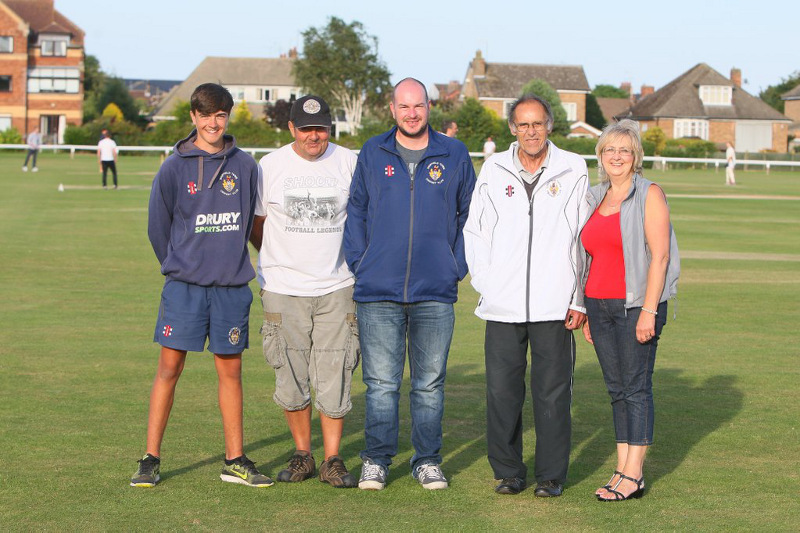 What Pam (pictured with the umpires) and other volunteers have been doing in Driffield for years is something I’ve never heard happening anywhere else.

This year, 16 teams entered their mens competition and a further nine ladies teams got involved too with significant community involvement.

The ladies teams (good work by sponsor Irene Bradbury of The Westgate Clinic of Osteopathy) had similar ingenuity with their team names and real breadth of backgrounds:

There’s also The Cricket Mums (mums of the junior girls team), Pray for Rain (WAGS of the Driffield 1st XI) and teaching assistants from Driffield Junior School where Pam works (Teachers Pets – that’s the team name not a personal observation!)

I am over the moon at discovering this type of cricket is happening. It’s not all about serious cricket in whites on a Saturday by those who can reverse swing a ball at 85mph.

There are adapted rules in Have a Go-land that ensure everyone is fully involved. In the mens’ version, all ten outfielders have to bowl one over of eight balls with batsmen retiring on 25.

In the ladies’ version, teams are eight-a-side with each team playing three matches and each lady having two conventional overs and batters also retiring at 25 so no one player can dominate the result too much.

Once I got talking to Pam (and she was persuaded I was a vaguely sensible cricket journalist and not selling PPI insurance), the fruits of ‘Have a Go’ became apparent.

Volunteers like Pam are why the game at grassroots still relishes its many successes despite all odds. A few years back, she won a Yorkshire Cricket Board Outstanding Services to Cricket Award (OSCA) and was picked to go to Lord’s to attend the national event.

When I asked what had driven her to run this year after year and what she got out of it, here’s what she said:

“It’s a town thing, it’s a Driffield thing. It’s giving people an insight into cricket. People come and watch and enjoy it. There’s a buzz in the town: “When’s it starting?” All these are Driffield pubs, clubs or firms that are coming together.”

Tellingly, she added: “Some of them know each other in other ways, or are even relatives and they’re playing against each other in a game they’ve never played before.” 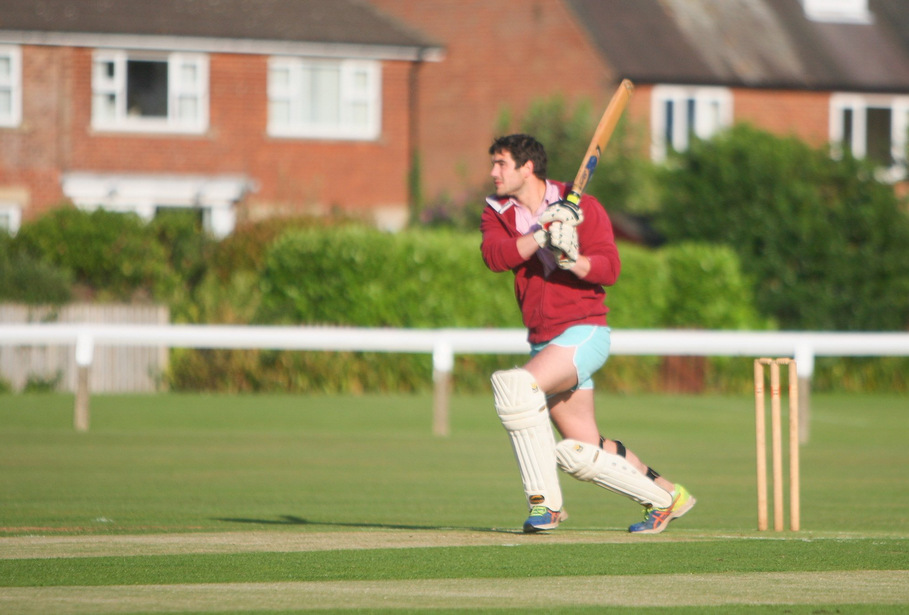 The Have A Go competition was won by a pub team from 1993 to 1997 called The Spread Eagle Inn in Driffield.

After their success, they begged a cricket kit bag with the bare essentials and assembled a cricket team for the Bridlington & District Evening Cricket League.

They have since disbanded but one player, Martin Gladstone, still plays for Driffield Cricket Club.

Martin never played cricket at school and was not interested in the game until his pub side entered the Have A Go competition in 1993.

Not particularly keen on batting or bowling, he offered to keep wicket with some transferable skills as he was a goalkeeper in his football team.

In the Have a Go tournament, it was no-frills cricket with his team turning up in shorts as no-one had whites. None of them had played cricket before.

He recalls a healthy rivalry between their pub and the golf club with games often being on a Friday, packed crowds and a feelgood factor leading into the weekend.

Like me, he was amazed about how rare it is as a concept but has been completely won over:

“I’m really glad I did it. It’s been a great idea. For team spirit, to meet new people and to bring funds into the club.”

If she hasn’t already, Pam Woodcock deserves the freedom of Driffield. The results from this particular annual event are irrefutable and it’s a format that should be happening in towns up and down the country.

As if to cement our friendship for life, she has done the cricket teas for years and had to excuse herself from the phone interview for a second to keep an eye on the buns she was baking for the cricket.

Over the years, Have a Go in Driffield has encouraged previous players to come out of retirement and newcomers have started playing cricket regularly – you can’t say fairer than that. 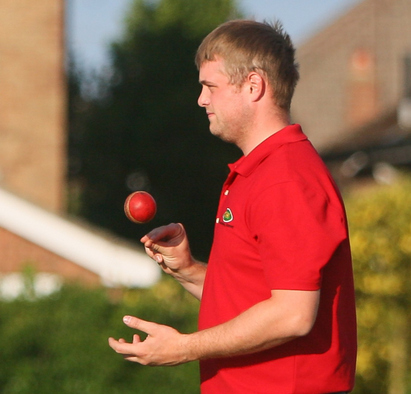 There’s also the knock-on effect of fanning interest of cricket in the town that previously wasn’t there with swathes of supporters coming along to watch their pub or work mates – some of whom had never watched cricket before.

Mention of pub cricketers reminds me of when I used to captain a team in South-West London decades ago. We were short one evening so cajoled a Frenchman, who was happily supping a pint, to travel to a local park and strap on white pads.

He was out LBW after several swishes and had not knowing the rules, had to be persuaded off the field, looking utterly perplexed. I’d like to think that bloke now captains the French national side but it’s somewhat unlikely.

Driffield Town Cricket Club run five Saturday senior sides, two evening league sides and juniors at U9s, U11s, U13s and U15s. They’re clearly offering loads of cricket across age groups but it is their ‘Have a Go’ sessions that are arguably their most notable success.

Pam’s eagle eye has observed how those teams entering over several seasons are unquestionably improving; a welcome by-product aside from the way the town is brought together and novices get a bite-sized, competitive intro to cricket.

All power to them I say and let’s hope Have a Go continues for many years to come.

**Thanks to Pam for her time and those behind the Driffield Town CC Twitter account for their assistance. Thanks too Driffield & Wolds Weekly for permission to use their photos here.