Here’s the incredible tale of a Yorkshire university student getting the call to play in the world’s highest-profile T20 league.

*This article originally appeared in Cricket Yorkshire’s Best of 2013 Magazine.**

It was a bitterly cold winter’s evening at Headingley but a chance to talk to Bradford University pharmacy student Zafir Patel who ended up winning a contract in 2012 with the IPL franchise, the Delhi Daredevils.

It’s a quick handshake from both Zafir and his mate Fahid Rehman before we head into Headingley Cricket Centre and perch ourselves upstairs to talk cricket. Both have finished a marathon training session and are about to embark on another – such is the routine for aspiring first-class cricketers.

As it happens, Zafir’s companion, Fahid, is no slouch either with a bat or ball in his hands and has similar aspirations to make it big in cricket. He picked up the Gordon Bowers Young Player of the Year award at the Bradford League’s awards dinner and has since signed for Earby CC in the Ribblesdale League for 2013.

But for Zafir, an extraordinary opportunity snowballed from the summer of 2011 when he got the chance to impress for Baroda. Patel has been involved in age-group cricket for a number of years with Baroda and they asked him to come over and play a few games.

His standout performances caught the eye of Delhi Daredevils and Patel was invited to a training camp.

In a training match that mixed ten wannabe Delhi Daredevils with the real deal, Zafir dismissed Naman Ojha, Aavishkar Salvi and Sridharan Sriram, impressing with his variety and slower balls.

Delhi Daredevils coach Eric Simmons had a word after, promising to keep in touch while Patel kept him updated on his training with Lancashire and Durham.

That might have been that except an answerphone message out of the blue one day prompted cause for celebration. Zafir remembers the moment he found out the good news:

“We had a uni tournament in Derby…we were just preparing to go to Derby, I opened my email and checked my phone. I’d had two missed calls and a message from somebody in India saying they were offering a contract!”

Cue calls to his parents and mates though he sheepishly admits it was Fahid who got to hear first. As it turned out, Patel didn’t end up playing a game – a disappointment you might think – until you factor in the pace bowling competition like Morne Morkel, Irfan Pathan, Umesh Yadav, Andre Russell, Agit Agarkar and Varun Aaron.

Appearances as a substitute fielder a few times meant there was a chance to sample the roar of an Indian Premier League crowd pitchside and as Patel freely admits, for someone hoping to catch his break in professional cricket, soaking up the experience and taking on board the advice was invaluable:

“Just to sit down at the breakfast table with players like Morne Morkel and Jayawardene. It’s amazing what these guys talk about and they have so much cricketing knowledge.”

“It was a really big learning curve to just down and share the dressing room with these guys.

Not that the questions were always one-way: “Morne was asking how do you bowl out of the back of the hand and does it give you shoulder problems? I was talking to Eric Simons and TA Sekar (former India fast bowler and Delhi Dare Devils mentor, who used to run the MRF Academy). It was a really big learning curve to just down and share the dressing room with these guys.”

We move on to 2013 and how to use that IPL experience to kick on to the next level. The firm impression is that Zafir Patel is cannily taking opportunities on any and every continent where he can find them.

After January exams for his pharmacy degree in Bradford, he’s now taking a break from studies to pursue cricket. A possible stint in South Africa and then on to India to play a couple of one-day games for Baroda are high up on the agenda.

It’s then back to the UK for the start of the English domestic season where he’s hoping to play for Leeds-Bradford MCCU, having made the provisional squad for 2013. It may yet transpire that he ends up bowling against Yorkshire at Headingley in that opening three-day match in early April.

As if that’s not enough, Patel is also going for the Unicorns squad this season – which would mean steaming into bowl against Somerset, Gloucestershire, Glamorgan, Leicestershire, Middlesex and yes, you’ve guessed it, Yorkshire.

He maintains a strong link with Durham CCC having trained with them pre-Christmas and another stint with an IPL team is not beyond the realms of possibility either. He confides that he’s “keeping options open and in touch with the right people.”

Presumably one of the best cricketing contacts at the ambitious 21-year old’s disposal is his own dad, Rashid Patel, who was a left-arm fast-medium bowler for Baroda and India. Patel senior played a Test and ODI for India but bagged a pair against Richard Hadlee. 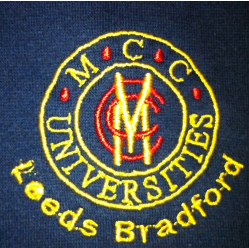 We move on to a discussion on how he’d describe himself – which incidentally is an allrounder rather than a bowler who bats a bit or a tail end, walking wicket.

Characterised as having a decent slower ball in his armoury in the build-up to his IPL stint, Patel’s equally enthusiastic about the mantra of bowling a basic line and length, getting his yorker right.

If the nuts and bolts are important – as well as the party tricks for the shorter formats – so too is that magic commodity of pace and Patel has already been clocked in the respectable mid-eighties.

Now in his early twenties, Zafir is at the stage where working hard on fitness might eek out another few clicks or yards, as is the vernacular, but equally vital is the fine tuning by coaches to his bowling action.

It’s been entertaining catching up with the softly- spoken fast bowler who swapped his periodic table for the glamour of the Indian Premier League.

We wrap things up with a final question on which cricketer Zafir looks up to. The name that springs to mind immediately is Baroda and India’s left-arm fast bowler Irfan Pathan:

“I know him quite well personally as I grew up with him. I’ve known him since I was seven or eight. To see him do so well at a young age has obviously been an inspiration to me.“

If Patel can manage to emulate his Baroda teammate in the coming years, one imagines he’ll be pretty happy with that but for now, another net session awaits.

We part company, but not before Zafir’s fellow Leeds Bradford UCCE bowler Fahid has stocked me up with essential supplies of donuts and skittles for the journey home. Perhaps not the most obvious diet for the modern cricketer but welcome nonetheless.