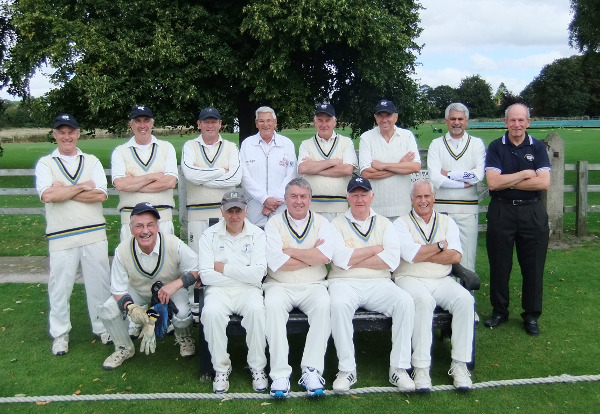 Ok, so you’re familiar with Yorkshire CCC skippers Andrew Gale and Alex Lees but who’s the captain of Yorkshire Over 60s?

Cricket has always been seen as a pastime that is kinder on the body into our latter years than say American football – but there are those of a certain vintage still representing their county into their sixties and seventies with distinction out in the middle.

Writing as someone who returned to league cricket after a few years out not so long ago and wrenched every body part going in the process, the 60+ club deserve our respect and boundless admiration.

The history of the National 60+ County Championship goes back to 2004 and in the ensuing decade or so, it’s been dominated by a trio of teams: Essex, Sussex and Cheshire.

Yorkshire, whisper it quietly, have yet to win the title but you never know, this could be their year. After all, they are edging ever closer…

Yorkshire’s first team (they have two sides in this age bracket) were beaten in the final in 2015 by Somerset, having won their group by losing just a solitary game. That near-miss came after being beaten in the semi final in 2014.

It’s Alan Steers, by the way, the captain of Yorkshire Over 60s, and I caught up with him ahead of the new cricket season to find out about his own playing background and a little more on his squad.

Alan’s club cricket days have been with Kirkburton and then Elland before he played for Yorkshire Over 50s, describing himself as an allrounder who bowls spin and bats in the middle order – remind you of another Yorkshireman Cricket Yorkshire interviewed recently?

As you might expect, representing your county in cricket is a special moment, whatever age the cricketer, and Steers sees what it means to players:

“It’s really funny. These lads, who play a good standard of cricket all their life, when they first come to play for the county team are really nervous. It’s a real pride to play for Yorkshire, that’s for sure.”

If you think it’s a group of elderly blokes going through their paces, Steers is quick to shatter that illusion: “It’s still a good standard of cricket, the batters don’t lose their technique at all, the bowlers lose that bit of pace but you get some really good slow bowling.”

This year, Yorkshire’s 1st XI began on 26 April (matches are always on a Tuesday and 45 overs), defeating Northumberland and Durham at Masham on a very cold day with showers of hailstones.

In a reduced overs match, Yorkshire made 230 for 3 in 40 overs and N&D made 165 for 6 in 35 overs with Yorkshire winning by virtue of a better runs-per-over average.

Good luck to the Yorkshire squad for the rest of the season and if anyone is interested in playing for the county, they can email Zahid Ali.