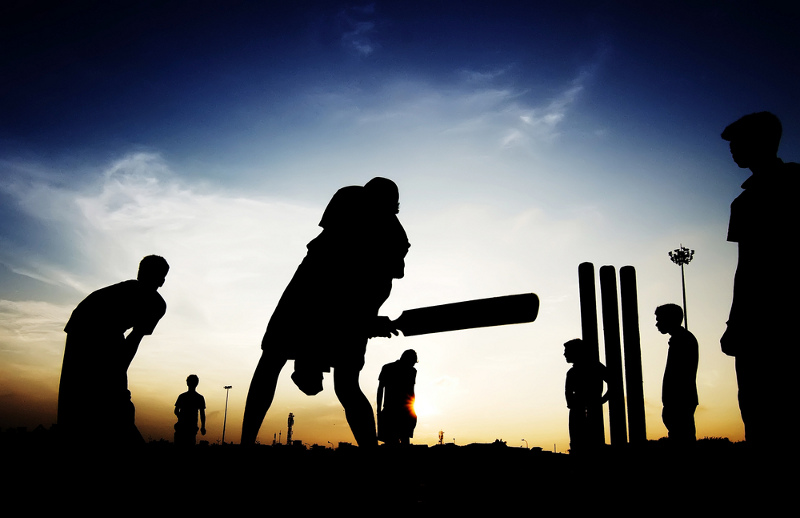 From time to time, writers submit their thoughts for consideration on Cricket Yorkshire and there’s been some really popular articles around club cricket this season.

As Yorkshire take their final few strides towards the LV=County Championship title (or not), it’s the turn of county cricket as Tom Collins took the train down to the Sussex coast to watch Andrew Gale’s team rack up 346-6 on the opening day at Hove.

Thanks to the my sister’s habit of taking ages for getting ready for anything and a local waiter’s tardiness, we arrived at Sussex’s home a little after the 11am start time, and had already missed the first two wickets, with both Hodd and Leaning victims of an apparently lively pitch.

Having only previously seen the County Ground on TV, I expected the imposing tower blocks nearby to dominate the eye. But they blended in and our home for the day’s entertainment was a very pleasant place to be.

With the weather playing ball, Charlotte and I settled in to spectate and sunbathe in perfect conditions.

The County Ground stands combine the old and the new and were pleasingly busy for this crucial Championship clash.

Given the broad accents and flashes of White Rose among many of my fellow watchers, it was clear hundreds of other Tykes had made the long trip down to the south coast to support the lads.

As at North Marine Road, the watching public are invited onto the outfield between sessions, and at lunch I strode across the lush outfield to join many other amateur pitch ‘experts’ inspecting the playing surface.

Editor’s note: Do you all remember the playing surface at Arundel (a stunner of a place to watch cricket to rival Hove) that was so slow as to nullify the scoring attempts of these sides back in 2014? No such trouble this time around on the South coast…

Our stand cast welcome shade across my slightly crispy neck (schoolboy error not to bring suncream!) as the afternoon session continued, while a pint of local ale provided welcome refreshment. Gary Ballance gave us further relief as his revived form helped Yorkshire to a solid position at tea.

Deciding to make the most of the late afternoon sun, Charlotte and I headed to the north side of the ground.

It has everything a cricket fan could wish for: a grassy bank, good view, decent toilets and a well stocked bar (though the less said about the overpriced ice cream van the better).

From our excellent vantage point, we watched Ballance close in on a well-deserved century in the evening session; surely he’d get to three figures before the close?

Well, no. An irritating bit of strike rotation with Tim Bresnan conspired against him, and to the frustration of everyone in the ground, the day’s play ended, leaving him stranded on 98.

I’m sure there’ll be plenty of Yorkies on hand to congratulate him on the landmark in the morning. I’ll certainly envy them; there will be few finer places to be this weekend.