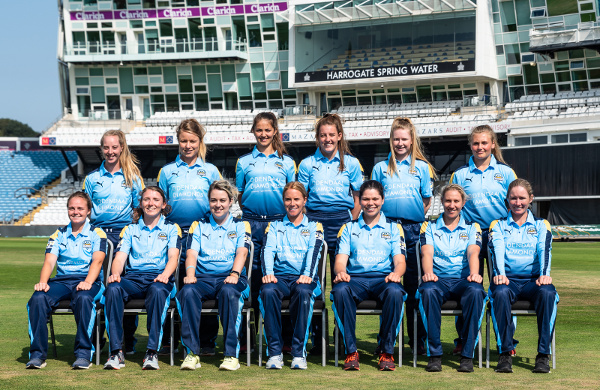 On the walk up Beechwood Crescent to the Yorkshire Diamonds Media Day, swifts zigzagged above, doing aerobatic circuits through the terraced houses.

A pitstop at Ugly Mugs cafe allowed pause for thought about the advent of the 2018 Kia Super League with the Yorkshire Diamonds starting against Western Storm at Taunton on Sunday 22nd July.

This is a much-changed squad, captained again by England opening batter Lauren Winfield, with only five of the fifteen retained; an acknowledgement that second from bottom was no place for any Yorkshire team.

The Yorkshire Diamonds have kept faith with Sri Lankan Chamari Athapaththu who showed her batting calibre in 2017, while keeper-batsman Beth Mooney returns to Headingley after being unavailable last year due to injury.

Mooney was crowned ICC T20 Player of the Year in December and will give the innings a rip-roaring start alongside Winfield at the top of the order.

Australian international all-rounder Delissa Kimmince affords the Diamonds more options with bat and ball; in fact, with Katherine Brunt, Beth Langston and Alice Davidson-Richards, the professional outfit, basing themselves at York’s St Peter’s School for the duration, have mountains of experience.

Of course, Yorkshire Diamonds must deliver when it counts but the coaches are confident they’ve addressed batting shortcomings and assembled a squad that could win the KSL.

One chocolate-dipped flapjack later and a brief walk up to Headingley, I watch as the squad photos get underway and the drilling continues on the ever-progressing North/South Stand. Ants in fluorescent overalls swarm over the gigantic structure.

As attempts to manufacture a squad selfie involving balancing on chairs passes off without incident, it is telling to observe the complete and utter lack of interest by the media in attending. There are several photographers and I am one of only two journalists.

Attention may crank up when games commence but the Kia Super League is fighting for relevance; not helped by the fact that it is earmarked to be scrapped in two years in favour of the women’s ‘Hundred.’

Talking to Yorkshire Diamonds skipper Lauren Winfield, the competition might be on borrowed time but it still absolutely matters:

“Although we don’t have a lot of born and bred Yorkshire players in the squad this year, from myself and Katherine (Brunt), we’re really driving the importance of playing for Yorkshire – and we take pride in doing so. What happens in the years beyond that is not in our hands.”

As you’d expect her to say, the goal is Finals Day and then anything can happen. We’ll get a sense of how realistic that is when the Diamonds take the field against Western Storm who won the title in 2017 and have kept World Cup winners Anya Shrubsole, Heather Knight and Fran Wilson.

There is a sense of unfinished business here in Leeds too and now, with an expanded schedule of ten games, longer to build a run or offset a few early defeats.

For Winfield, those with the international caps have to do the business, it’s as simple as that:

“If we’re to do well this year, as it is every year, I think the pressure and performances are looked upon to be delivered by the internationals. There’s no two ways about that. In teams that have been successful, the overseas and the internationals have performed well.”

The Kia Super League has a wealth of international talent on show but the point of its creation was to help bridge the gap between county and international cricket. 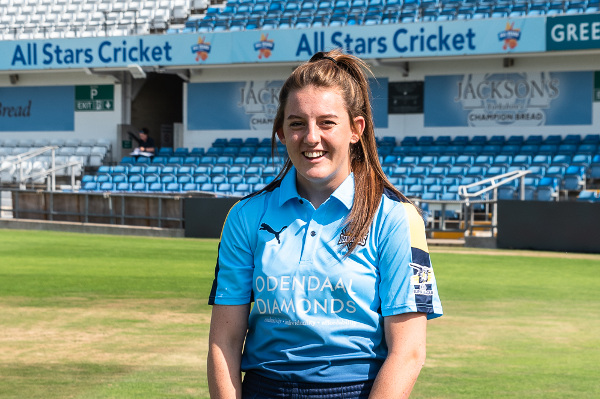 One newcomer is Helen Fenby, who is an allrounder with Durham County Cricket Club and England Women’s Academy. Helen became the first female cricketer ever to play Premier League cricket in the North Yorkshire & South Durham Cricket League (NYSD).

As a 15 year-old, Fenby snapped up a couple of wickets with her leg-breaks, scooped up a record in the process and has gone on to regularly play men’s cricket with Norton Cricket Club. She credits it with advancing her skills and self-belief:

“That’s definitely helped me over the years. There’s been some great cricketers I’ve bowled against in the NYSD; the top players in the North East.

Having to bowl at people like that, you have to have some confidence and know that they’re going to attack you. They’re going to hit you hard but you still have to back yourself.”

She admits that being parachuted into an environment with the Yorkshire Diamonds alongside superstars like Beth Mooney is “weird – but I can learn so much from them.”

Apparently, the older heads have been helping the younger squad members get their heads round all that life as a pro cricketer entails with the training routines and the sports science.

Fenby is taking the professionalism seriously – but laughs as she admits she can stray when it comes to nutrition (partial to a burger and pint – but aren’t we all?).

Yorkshire Diamonds’ first game is live on Sky Sports but if the call comes, it’s what the 19 year-old from County Durham has been working towards:  “I’ll be a bit nervous but I’ve been training for six months and I’m backing myself.” 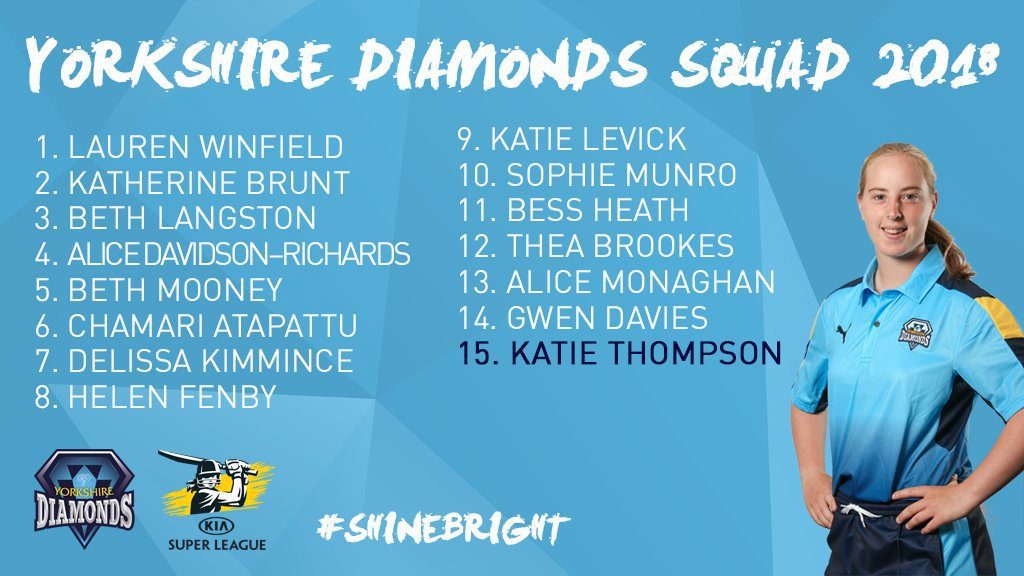 Yorkshire Diamonds’ first home fixture is on Friday 27th July against Lancashire Thunder (2:30pm start); a double-header with the men as the Yorkshire Vikings take on Birmingham Bears (6:30pm start).

**Photos: With thanks to Ray Spencer for his images, visit: https://www.rayspencerphotography.co.uk.