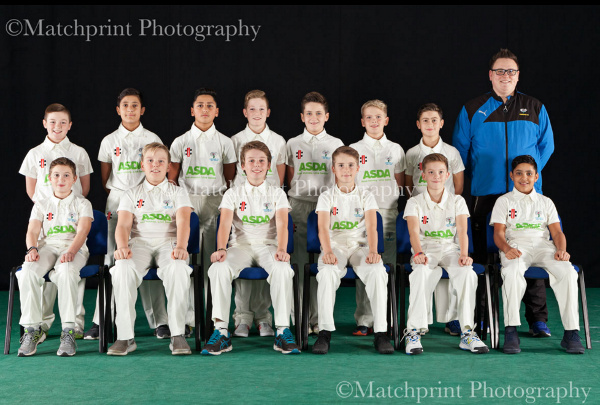 Last week, I had the good fortune to bag an invite to the Yorkshire age group cricket presentation evening in the Long Room at Emerald Headingley Stadium.

It was a way of getting updated on how the boys’ county under tens through to under twelves have fared this season along with the respective development squads.

There had been steady rain in Leeds and I had taken the dubious course of action of getting wet through and only then buying one of those cheap brollies that opens feebly like a reluctant daddy-longlegs.

No matter. There had been talk of sausage and mash for dinner so naturally, I was positively bouncing up St Michael’s Lane a bit before seven.

Having never been to one of these county age group awards, it was a novelty to witness a space normally the domain of Yorkshire County Cricket Club members awash with tables and occupied by a sea of teen faces; over 250 guests in all I’m told including parents, coaches and guests.

With BBC Radio Leeds’ Dave Callaghan & Yorkshire County Cricket Club’s Howard Ferguson sharing Master of Ceremonies duties, plus Yorkshire CCC batsman Jack Leaning to give out the awards, the young county cricketers present had the profile of event that their achievements merited.

Each of the team captains came up to give their report for the season and it was a credit to all of them that they spoke so confidently with a microphone in front of a large audience.

Yorkshire Under 10s skipper Owen Smith set the tone with a summary of their year with humour and warmth; it was an accomplished piece of public speaking that impressed the adults in the room.

When I was in my early teens, I could barely string a sentence together….I’ll leave it to all of you to decide if anything has changed since but let’s do a shoutout to all of Yorkshire’s captains…

After drowning pork sausages in onion gravy (Headingley Experience were very efficient in feeding hundreds, buffet-style), there was a Q&A between Cally and Jack Leaning, reminiscing about Jack’s junior cricket, discussing the Ashes and Yorkshire’s past season.

The subsequent raffle draw and mini auction was an eye-opener.

There were prizes that had everyone on tenderhooks; not least an England shirt signed by Jonny Bairstow and a couple of cricket bats worth hundreds of pounds.

Put it this way…casting my eye around the surrounding tables, there were heads in hands as the numbers were read out and not only from the younger contingent.

It can be a quirk at these celebrations how often the same person triumphantly holds another winning ticket aloft and so it proved again this time.

As Cally wryly noted, who knew how well off teens were nowadays?

An auction for a hospitality box for a day of the 2018 England vs Pakistan Test at Headingley whipped up the audience with several bidders digging in for a long innings, as the young lads stood on chairs like inquisitive meerkats.

So..how did each individual Yorkshire age group perform during the 2017 season?

Well, doubtless plenty to be encouraged by for players and coaches alike but special mention to the Yorkshire under-tens section who went undefeated all year. 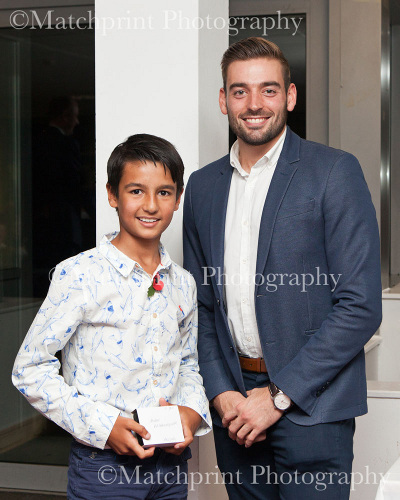 Batsman of the Year: Archie Phillipson

Bowler of the Year: William Cross

Fielder of the Year: Joe Thompson

All-Rounder of the Year: Mohammed Abbass

Batsman of the Year: Will Bennison

Bowler of the Year: Lucas Slatter

Fielder of the Year: William Bramley

All-Rounder of the Year: Zaki Anjum

Star Performer of the Year: Will Bennison

Batsman of the Year: Noah Kelly

Bowler of the Year: Jack Redshaw

Fielder of the Year: Jack Redshaw

All-Rounder of the Year: Jack Redshaw

Star Performer of the Year: Noah Kell – 155 runs off 96 balls vs Worcestershire

Batsman of the Year: Noah Chapman

Bowler of the Year: Alex Burton

Fielder of the Year: Rohan Ratnalingham

All-Rounder of the Year: Harvey Round

Star Performer of the Year: Harvey Round – 44 runs & 3-18 incl hat-trick vs Lancashire

Batsman of the Year: Alex Cree

Bowler of the Year: Alex Wood

Fielder of the Year: Scott Godden

All-Rounder of the Year: Leo Diffey

Star Performer of the Year: Alex Cree – 102 not out vs Lancashire

Batsman of the Year: George Crowther

Bowler of the Year: Matthew Simms

Fielder of the Year: Lachlan Doidge

All-Rounder of the Year: George Crowther 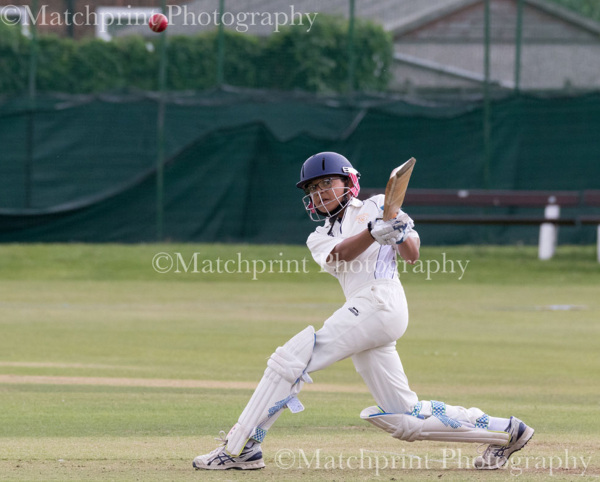 Evenings like this are such a positive advert for the recreational game.

A mention for all of the County Age Group Managers, coaches and parents who oversee all of this cricket and facilitate the mechanics as young lads in whites zip around counties.

It’s a particular pattern that many of the current Yorkshire County Cricket Club first-team squad began life in age group cricket once upon a time.

It stands to reason that a few of these young cricketers I saw will one day represent their county professionally but for now, everyone can all reflect on their performances and trophies, get stuck into winter training and see how to kick on in 2018. Good luck!

**Thanks to Michael Laprocina of MatchPrint Photography for use of the images, they’re all available to view and buy via matchprint.co.uk.

The goal of this website is to bring you fresh cricket journalism and showcase the breadth of Yorkshire cricket.