It’s been an astonishing couple of years for Mount Cricket Club who play at the ‘Field of Dreams’ on Halifax Road in the Staincliffe district of Batley. 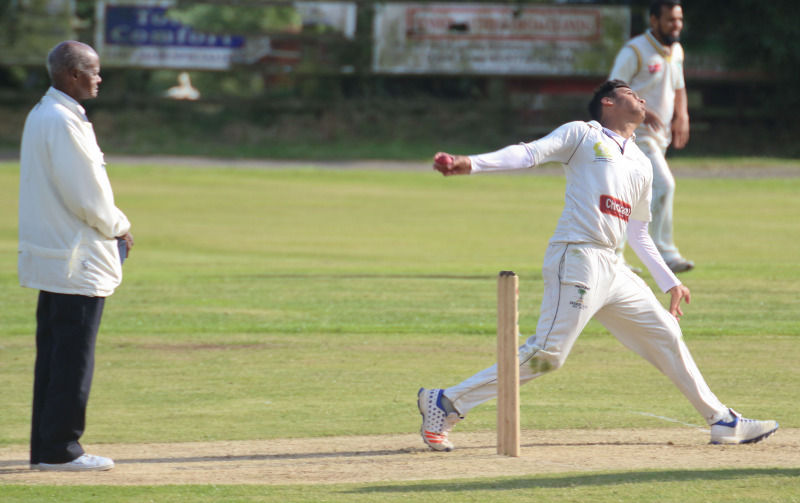 I went along for a while to watch the Tinker Cup (above) a week on Sunday that was played at Flockton with Elmley Moor’s concrete tower dominating the landscape in the background.

Mount’s second team were defending the trophy; this time up against Holmbridge, who Mount defeated comfortably in the end, having scored 291.

They were on their way to dismissing their opposition for 134 as I watched in the evening sunshine at Flockton’s pleasant ground, amongst pockets of supporters cheering their teams. 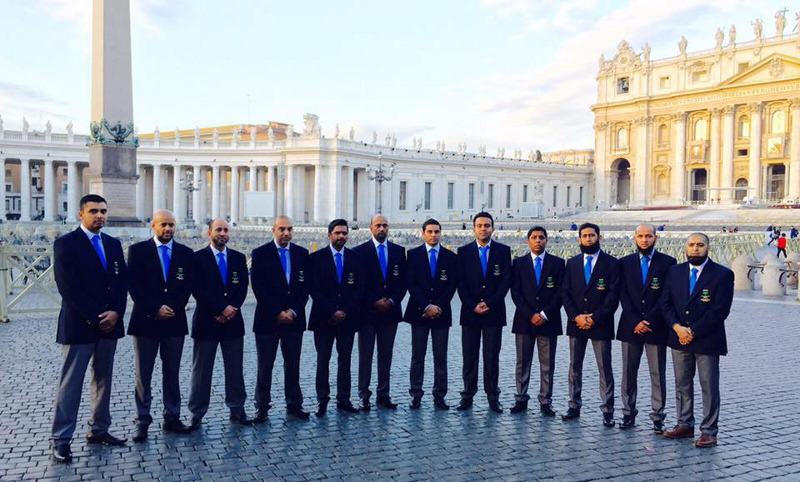 On and off the field, Mount’s cricketers have initiated some extraordinary opportunities – including building inter-faith bridges during a tour and fixture against St Peter’s XI (The Vatican’s cricket team) in Rome last October.

The tour made headlines around the world and the return leg is planned over the next month with St Peter’s in the UK for their Light of Faith tour. The 2016 itinerary includes travelling to Leeds to play Mount CC in a day-night game at Headingley.

By the start of the 2016 season, the volume and diversity of the cricket offered by Mount Cricket Club was impressive with junior cricket catered for with boys and girls as well as teams at U13s (Heavy Woollen – Martin Stubbs West Division) and U15s (Bradford Junior Cricket League).

At @HuddersfieldUni today in the presence of @TheDukeOfYork having been nominated for a prestigious community award pic.twitter.com/sRsmKsjeCt

What was it like to get the royal seal of approval for their community endeavours?

Abdul A Ravat from Mount CC, who received the award from HRH Duke of York, had this to say:

“To receive the Duke of York’s Community Initiative award is a great honour and we are all so very proud of this recognition. The benefits of this award are considerable to a small club like ours in that it is:

Royal recognition of excellence; it allows the use of a prestigious logo to enhance our fundraising credibility; it helps with the promotion of organisational pride and last but by no means least, if we were to need it, the scheme offers award holders business management support through workshops, mentoring and networking.”

What strikes me about Mount CC is that in their 38 years as a cricket club, they have grown into being an integral part of their community but have stretched beyond mens cricket – and even junior boys cricket – to encourage South Asian girls and children with disabilities, particularly those with Down’s Syndrome.

I talked to Abdul over the phone and he puts it down to a natural progression after the really positive response to a girls tournament at their club last summer involving five local schools.

He credits his own daughters; the eldest who is already involved with press and PR for Mount CC; with helping to initiate that question around the mechanics to hosting regular girls cricket at Mount CC before enlisting outside help:

“We had to be sensitive. It’s about how you manage it and package that with the community. We brought in the services of Kalima Khan, one of the key coaches with Yorkshire cricket, to give us some substance and structure and it started from there.”

Their trip out to Rome to play a T20 against a Vatican team, the West Yorkshire club picked the local Down’s Syndrome charity as their chosen charity to raise money for which they continued on their return.

It followed on from a disability awareness day at Mount Cricket Club a few years back that Abdul recognised had been crucial: “That was very heartening to see some of these kids who probably had few little opportunities to partake in sport, irrespective of their disability.”

The club is building on that momentum with another disability day planned later this month and very good luck to them with it. 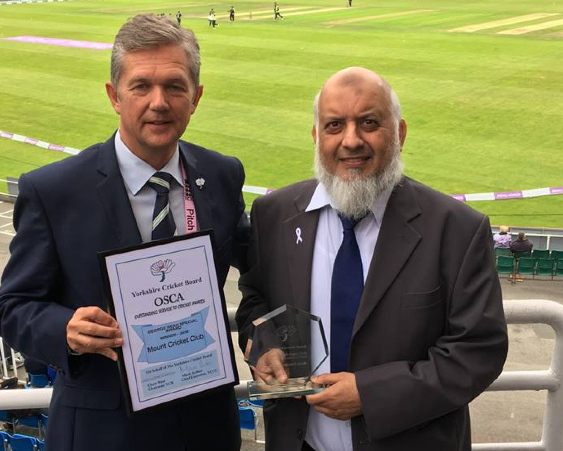 Today @MountCricket were awarded the George Reah Award for Special Services to Cricket by @YorkshireCCC pic.twitter.com/FJ7qHJrPhU

Beyond the cricket participation, the club was recognised for their charity work, addressing loneliness and engagement as well as challenging negative stereotypes and assumptions from the media towards Muslims, helping to create positive community role models.

Back on the field, Mount first eleven are chasing the Central Huddersfield Cricket League title and already have two trophies with the T20 Cup recently added to the Tinker Cup for good measure so the cricketing operations are in fine fettle too.

You only have to see what the club is up to on Twitter and Facebook each week to understand that this is a cricket club that never stands still and all power to them for it. 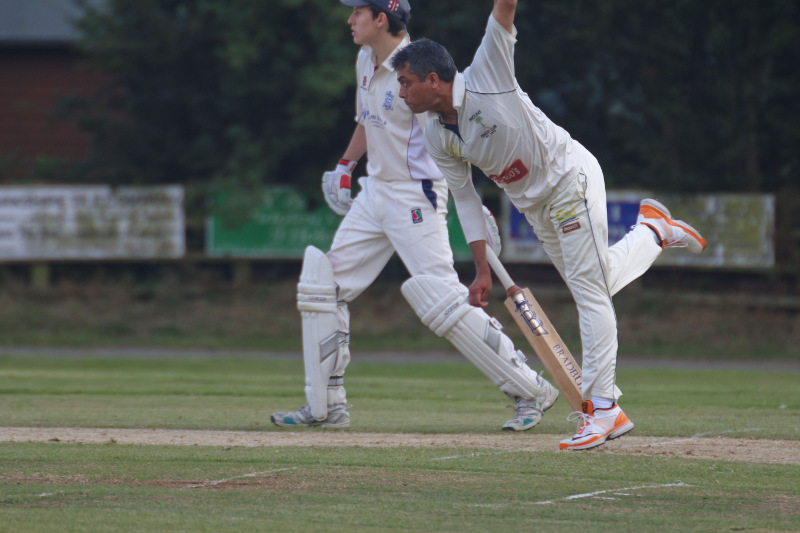 Here’s where you can check out photos from the Tinker Cup. Sixes, tumbling wickets and much more…

**As with all Cricket Yorkshire photo albums, you’ll be asked for your email and will be added to the mailing list. We don’t spam you with irrelevant junk, just occasional top-quality cricket writing.

There’s normally a Cricket Yorkshire newsletter (SAMPLE) every fortnight or so (tends to be a Friday) and if you decide it’s not for you, you can easily unsubscribe at any point but most people don’t.