You are here: Home / Cricket podcast / Jack Brooks on fitness, form and emptying the bars when he’s batting 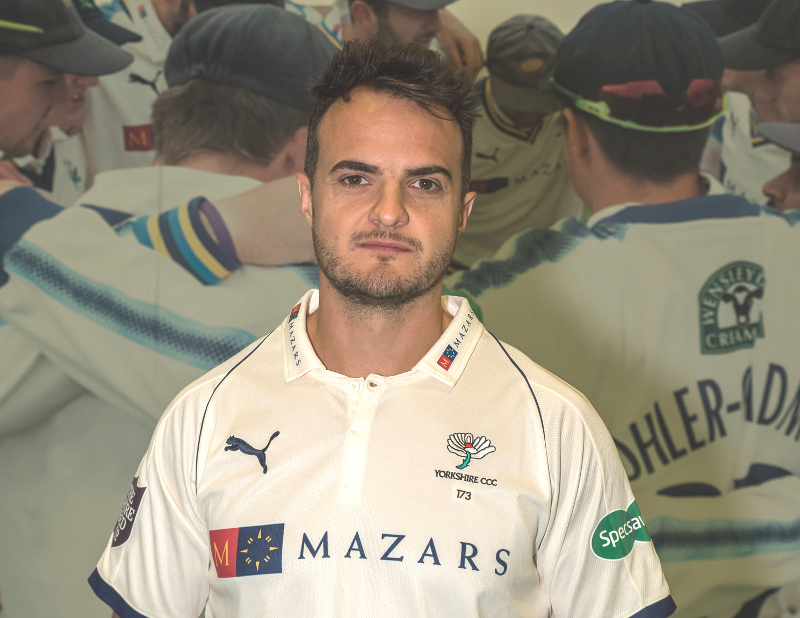 Yorkshire County Cricket Club seam bowler Jack Brooks must have broken a few mirrors last season such was his bad luck with injury.

Sporting what he laughingly refers to as an Oxfordshire tan after catching the sun in the pre-season tour to Potchefstroom, the Headband Warrior is on fine form at the County Media Day.

As we sheltered under the East Stand with media duties moved indoors as more snow had blanketed Headingley, it’s a chance to reflect briefly on what Brooks believes was the toughest year of his career but also to look ahead to county cricket in 2018.

For Jack, after being one of the top performing seamers in Division One for several years, his calf injury picked up on the 2017 tour to Dubai tested him mentally but he believes he has come through it stronger, on and off the field.

In this episode of the Cricket Yorkshire Podcast, Brooks discusses his winter, strengthening and conditioning and how he fares in the fitness tests at Yorkshire:

“I think I’m in pretty good nick for a 33-year-old who’s been around the game for ten years!”

JB is always good value to interview with thoughtful, detailed opinions and we discuss the odds of him nudging up the order for Yorkshire in the next month, given his blazing form on tour!

LISTEN TO JACK BROOKS ON FITNESS, FORM AND EMPTYING THE BARS WHEN HE’S BATTING