You are here: Home / Club cricket / The Forty Club: Cricket life can begin again at 40 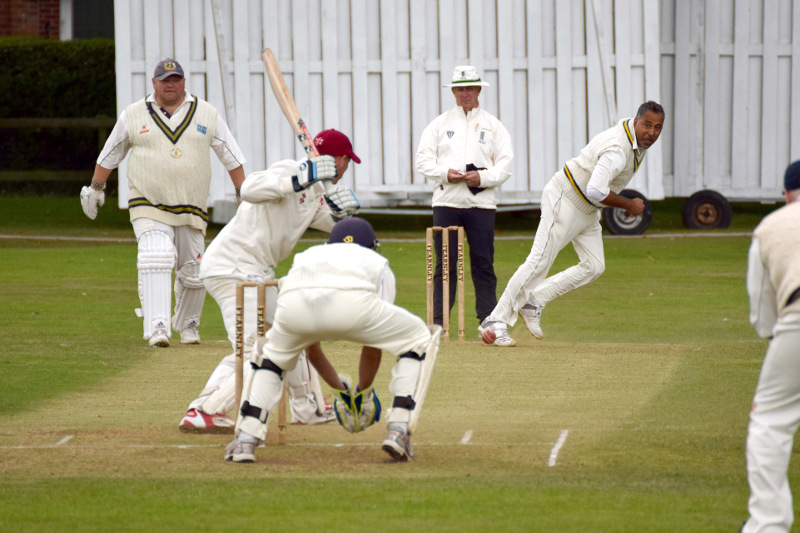 Here, Kevin Owens shares his thoughts on a cricket club where the youth policy starts at 40.

The Forty Club’s motto is ‘inspiring cricketers to enjoy a lifelong love of cricket’. Quite a statement indeed, but given the club played its first game in 1937 and is reputed to be the largest wandering cricket club in the world, there may just be something in it. However, have you ever heard of them?

I stumbled across the Yorkshire and North East District of The Forty Club in the winter of 2017, never having heard of them before myself. All cricketers of whatever level know the MCC, and a good proportion will be aware that the MCC put out teams of adults who take on school XIs up and down the country.

There are also lots of wandering and friendly teams across the county, taking in the likes of The Yorkshire Gentlemen, the Jesters, and Romany Cricket Club, but The Forty Club was a new one on me.

On further investigation, it turns out the club is a national wandering cricket club that was started by a chap called Henry Grierson whose original, perhaps even noble, aim was to take cricket into schools and give the youngsters experience of playing against experienced cricketers (the clue is in the name as to how experienced they were originally required to be!).

In addition to playing against skilled adult cricketers, the club also wanted to teach the youngsters about the spirit of cricket in order to play the game in the right way.

Back in those early days, a number of former Test and First-Class cricketers turned out against the school sides, and this continued for many years with the likes of Brian Sellers, Dennis Compton and Fred Trueman, to name but a few, turning out. 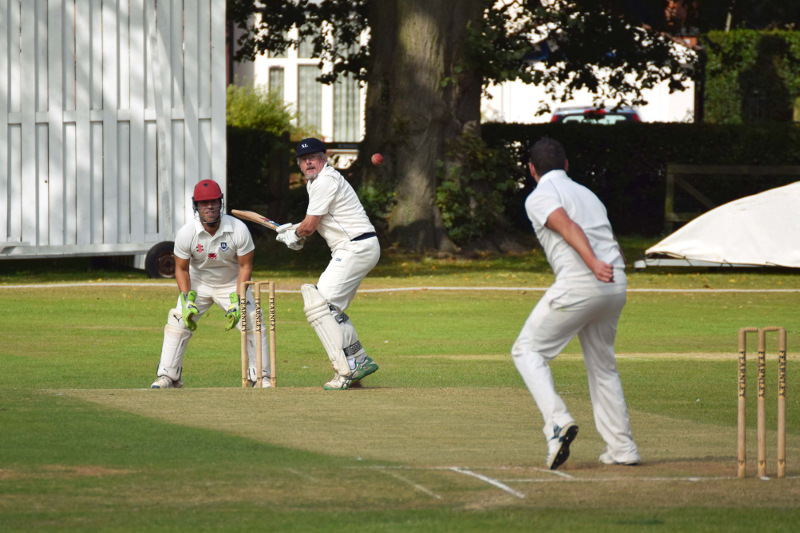 Fast forward to the present day, and the club now plays games against more than 130 schools per annum across the UK.

Coupled with a roster of games against club sides and an active programme of tours (in the past 12 months the Club have travelled to South Africa, the UAE and even The Gambia, where matches have happened alongside running coaching sessions), The Forty Club typically tops 200 games a year.

Not bad for a wandering outfit! The former Test players turning out are now a thing of the past, and the 40-year-old qualifying age limit has now disappeared, but the players that do turn out have typically played at a good 1st XI standard somewhere along the line.

In Yorkshire and the North East, the club plays a number of schools across the area. Regular games are against the likes of Woodhouse Grove in Bradford, Pocklington School near York and Hymers College over in Hull.

In the recent past, there have been games as far north as Barnard Castle School, as well as matches against junior teams from Selby CC and Doncaster Town CC when the summer holidays roll in.

New games are added to the roster where possible and this year, for example, we played against Ermysted’s Grammar School of Skipton for the first time at the picturesque Bolton Abbey Cricket Club.

Bolton Abbey is a fine ground with glorious views across the fields as they roll into the distance and give way to the surrounding hillside. We were lucky to play our inaugural game against Ermysted’s back in May there on a fabulously sunny day and the setting was spectacular.

The contest was equally gripping, although for a long time it looked like the experience of the senior team would see us home. 220-6 for the Forty Club looked like a decent total, but we didn’t reckon on a match-winning innings from one of the schoolboys.

A 57-ball 79* from Addingham youngster Edward Croft turned the game on its head, rescuing the school from a perilous 130-6 to see them to a four-wicket win in the final over – the perfect end to an excellent day’s cricket. 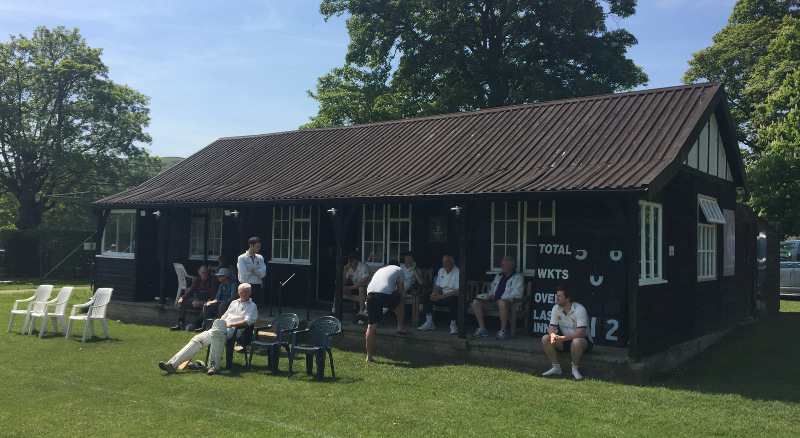 Needless to say, this wouldn’t be an article for Cricket Yorkshire without comment on the teas. A fine spread was provided with a seemingly endless choice of sweet treats to round off the buffet.

Eaten in the sunshine on the boundary edge in front of the pavilion, it served as a reminder as to why we all play this strange, quintessentially English, game. On days like that, there really is nothing better.

Even the passenger flying by quite literally over long-off in a helicopter that took off from the nearby Devonshire Arms would no doubt agree!

I’ve also been lucky enough this year to play for The Forty Club against Tickhill CC, near Doncaster, in the first memorial game for Tickhill CC stalwart Peter Barnett.

The ground for this South Yorkshire Premier League side was immaculate, with a new clubhouse standing on the edge of a large playing area.

The game was a traditional declaration affair starting at 11am and it really was a throw-back to a delightfully old-fashioned way of playing the game. Although the cricket was enjoyable, the highlight was undoubtedly the food!

The team of tea ladies worked marvels, serving up a fantastic lasagne lunch followed by a full buffet tea only a couple of hours later! Cakes abound as far as the eye could see, and getting back onto the field for the final evening session was a little challenging!

The game ultimately ended in a draw; delicately poised with six overs to go, there were handshakes all round at 6pm because, it being a Friday, the place was awash with hundreds of children waiting to start their junior practice night at 6:15.

To see so many kids around the place eager to get their cricketing evening underway was magnificent and shows that, with hard work and the right offering, it’s certainly possible to engage the next generation of talent. 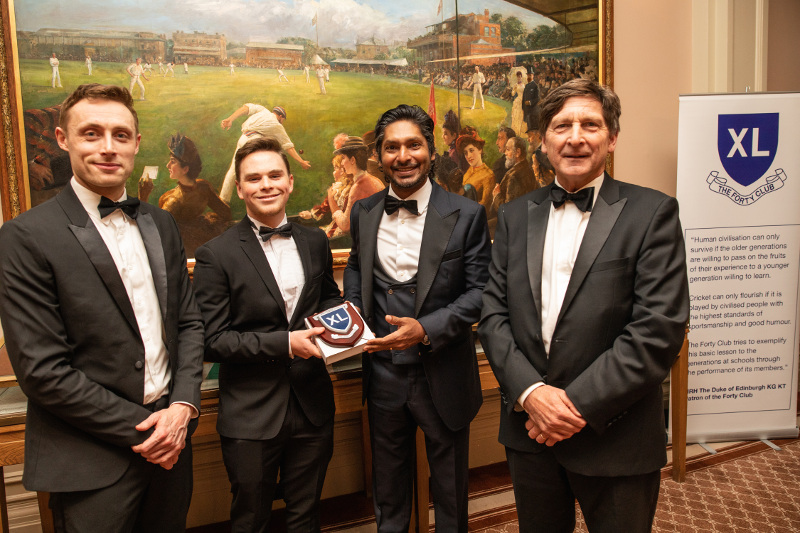 With the season finished, it was time for the Club’s Annual Dinner, held in the most prestigious of settings in The Long Room at Lord’s. Keynote speaker was none other than current MCC President and former Sri Lankan captain Kumar Sangakkara who provided a typically eloquent and thought-provoking speech.

Each of the Club’s 12 Districts votes for the school that best embodied the ethos of skill and spirit that the Forty Club strives for, with one overall winner being selected from that group to be the recipient of The Forty Club Trophy.

Ermysted’s was the winner of the Yorkshire & North East nomination and they were unlucky to finish a narrow second in the overall standings. The Ermysted’s captain and cricket coach spent a thoroughly splendid evening at Lord’s as guest of the Forty Club and, needless the say, the Ermysted’s Headmaster was suitably proud of his team!

Whilst all of the above is wonderful, one of the key challenges for The Forty Club is that player numbers have reduced in recent years.

Forty Club games naturally have to be played in mid-week and it has undoubtedly become more difficult to tempt people to take a couple of afternoons off work to turn out in a cricket match.

Not sure why that is though – given a choice between my office desk and being out in the fresh air with bat in hand, I know where I’d rather be!! 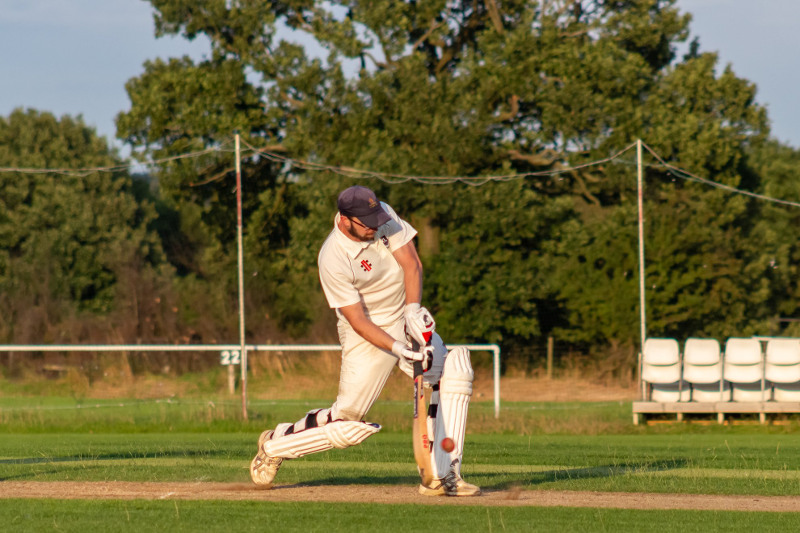 But it’s not all doom and gloom. District Chairman Tony Sheppard is bidding to grow the membership in the Yorkshire area.

Early results are promising; half a dozen Airedale & Wharfedale League regular 1st XI cricketers amongst others have made their Forty Club debuts this year, proving there is still an appetite out there for cricket of this type.

In an ideal world, there would be a core of cricketers playing half a dozen games each a year across Yorkshire and then 30-40 others who’d be able to play a couple of games each.

With an increased membership across the county would come the opportunity to put more fixtures back on the fixture list and take cricket back to more schools – the original aim of the club in the first place!

Although The Forty Club has perhaps been one of the best-kept secrets in Yorkshire cricket for too long, that is now starting to change. 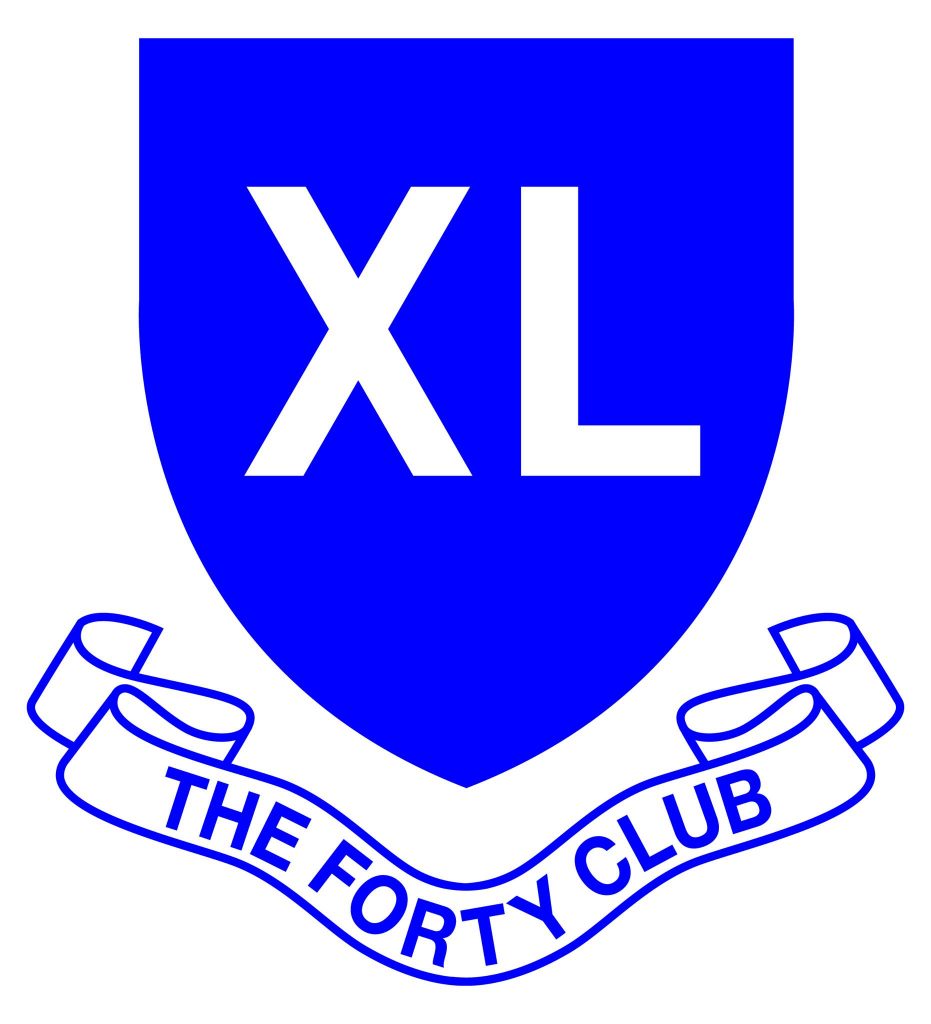 WANT TO PLAY FOR THE FORTY CLUB IN YORKSHIRE?

If this article has whetted your appetite to get involved, please do get in touch with me on [email protected].