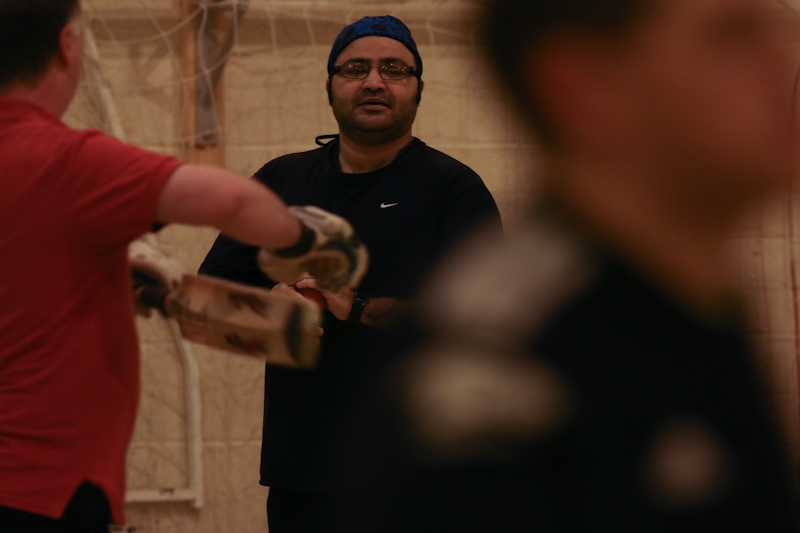 It took a certain level of professional curiosity, some would say madness, to leave Mrs Cricket Yorkshire with licence to power through the musicals on Netflix and go in search of cricket on Valentine’s Day evening.

While some were unveiling bouquets of pungent (white) roses or wining and dining their lovers, I was lugging camera equipment up towards Leeds City Academy; a secondary school where Headingley nuzzles up against Woodhouse.

There are those in Yorkshire for whom nothing stops the prospect of cricket.

I was here to see a husband and wife stride out to bat together…what could be more romantic than that on the day celebrating the story of a Roman priest who became a saint? 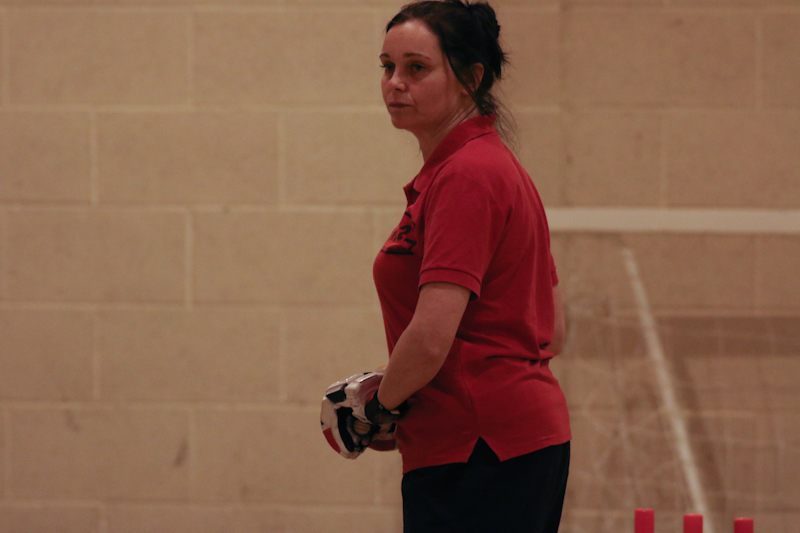 There is a Leeds Thursday Indoor Cricket League whose winter campaign of 2018-19 hosts five teams, including a women’s side from St Chads Broomfield CC and 1 in 12, the club for whom our couple in the spotlight play.

Paula (above) and Craig got in touch with me via the social media phenomenon that is the Cricket Yorkshire Facebook page. Yes, please LIKE that sucker if you’re on Facebook.

Other than being enticing and a chance to watch my first cricket match of 2019, I could roadtest a new 400mm lens bought by the Cricket Yorkshire photographic department for the purpose of zooming in on the action in 2019. 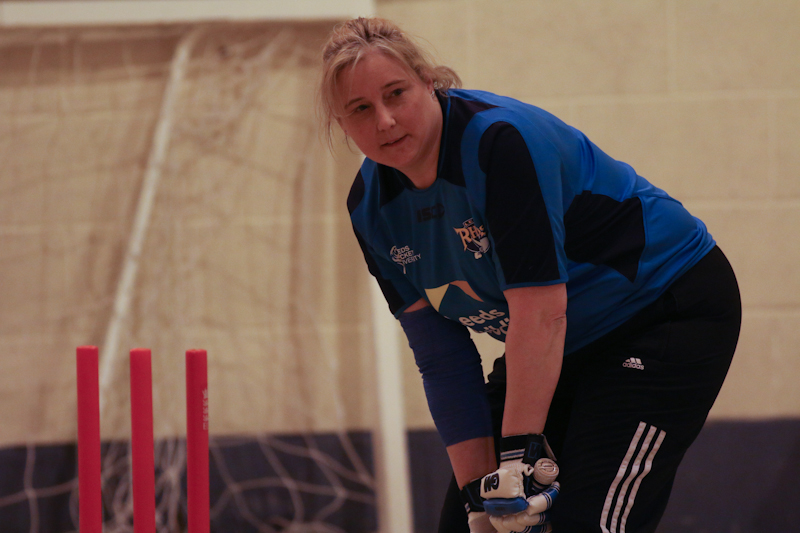 A couple of hours rocketed by in friendly company. A good many of these cricketers play for cricket clubs but it’s also an opportunity for those who don’t want a greater commitment to have a thrash indoors.

I took time to acclimatise to what was going on. No change there then. In a nutshell, this was pairs cricket, eight-a-side, 12 overs of mayhem with everyone involved.

Trying to photograph it was a complete nightmare. The lighting was awful. Somewhere between a dingy nightclub and a mustard-coloured, flickering horror film. The plastic ball frequently came my way with interest and just before a blur of orange smashed against the wall near me, I might, just might, have yelped like a puppy dog.

1 in 12 scored 72 with husband and wife duo of Paula (capt) and Craig (wk) swatting it to all corners.

It’s a five-run deduction for a dismissal and you swap ends. You can also be caught off the back wall that led to all sorts of amusing ricochets.

There were athletic dives, a barnstorming catch and a notable mention for the umpire who somehow managed to keep track. If you think T20 goes like the clappers then this is something to behold.

It was exactly the kind of evening that I began Cricket Yorkshire nearly a decade ago to support. Cricket comes in all shapes and sizes and this was as rewarding as you could care to sample.