You are here: Home / Club cricket / Arthington’s tradition of October cricket lives on 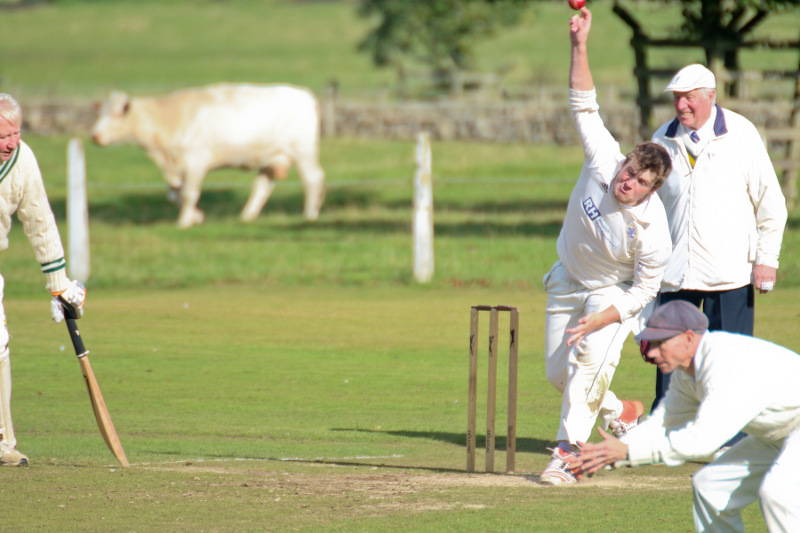 As if to prove that cricket is very much alive and kicking in this part of Yorkshire, as I got out of the car at Arthington Cricket Club last Sunday, a straight six thudded the ball into the grass behind me.

It was a spectacular afternoon in this slice of Wharfedale, north of Leeds, proving once again that October can often be more hospitable than April.

Since 1990, Arthington Cricket Club, whose two Saturday sides play in the Theakston Nidderdale Cricket League, have extended their season by taking on touring sides in a series of friendly fixtures on Saturdays and Sundays in late September and early October. 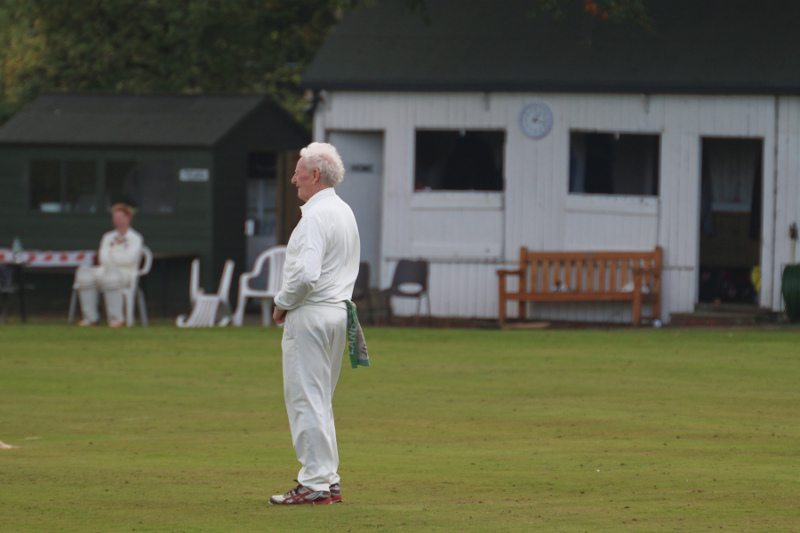 As we arrived, one of the evergreen Arthington bowlers, Dennis Nash, was seeing his bowling dispatched repeatedly into the gardens of the private residence that flanks one side of the ground next to the church.

In fairness to Dennis, who is still going strong at 80 years young, the opposition batsman (whose side Doghouse CC hails from the North East) was from Norton CC in the North Yorkshire South Durham Premier League so it was somewhat mismatched but the wily octagenarian took it on the chin.

‘I bowled rubbish’ he admitted to a spectator who ambled round the edge of this scenic cricket ground and when we caught up later, it transpired he had taken up cricket again at the age of 50 to play alongside his son. 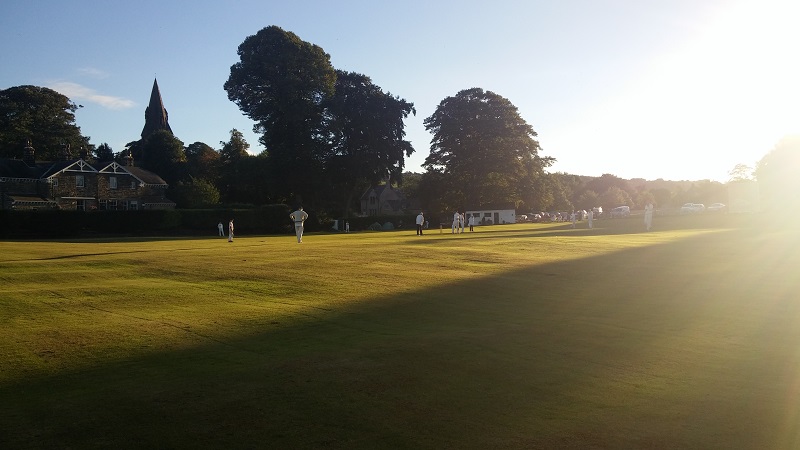 Arthington’s HQ is surrounded by fields on three sides in which cattle and a frisky bull resided.

When sixes were routinely carted into the vacinity, a reluctant fielder would vault over the barbed wire fence, cross his fingers that the bull was otherwise distracted and get back out of there sharpish.

I was tickled to learn that the tourists Doghouse CC got their name from players being in the doghouse for playing both days and after their powerful top order came and went, so the scoring rate was calmed as this Arthington Select XI sought to reassert themselves in the field.

A red kite watched the cricket from up on high, circling overhead and traversing the air currents with aplomb, before soaring off in the direction of Harewood House.

There is a sense of community here at Arthington. For seasoned watchers of the grassroots game, this is a sanctuary to come back to year after year and a group of ten or so, most of whom know each other, sat on benches in one corner putting the world of cricket to rights.

I got talking to Rupert, who is apparently a chess champion from Papua New Guinea, about social cricket and the nomadic sides that are scattered across Yorkshire.

Clubs like Penguins, St George, Railways Sleepers, Romany and Yorkshire Gentlemen play friendlies though sadly this was believed to be the final ever fixture for Doghouse who have struggled to put out sides and the organiser had decided to pull the plug.

There was time for a fruitful conversation with Martin Binks, Arthington’s secretary and the man behind stretching the season beyond its conventional league framework, to get a sense of the affection others have for the club that stoically plays on as late as any across the UK. 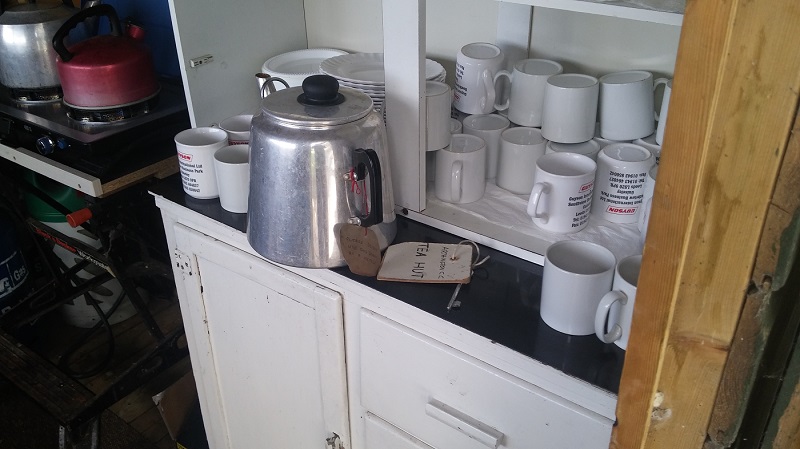 The cricket tea was a tour de force, spoken like a true gannet, with a cake stand teeming with promise and the presence of both samosas and scones speaking for Yorkshire’s cultural and calorific diversity.

The result when it came saw Arthington surpass 233 to win but it was about much more than a dramatic run chase as the evening shadows stretched across the square.

This was rich reward for those who had ventured out in search of the last dregs of the cricket season.

Arthington is a delight to visit and their last cricket of 2016 is this weekend, if you are tempted to go and along and support. If you can’t make it this time, squirrel this article away in your memory bank for next season.

Cambridge Methodists are the visitors on Saturday 8th October and St Georges Church travel to Arthington on Sunday. Start times may vary but getting there for midday should ensure you don’t miss out.