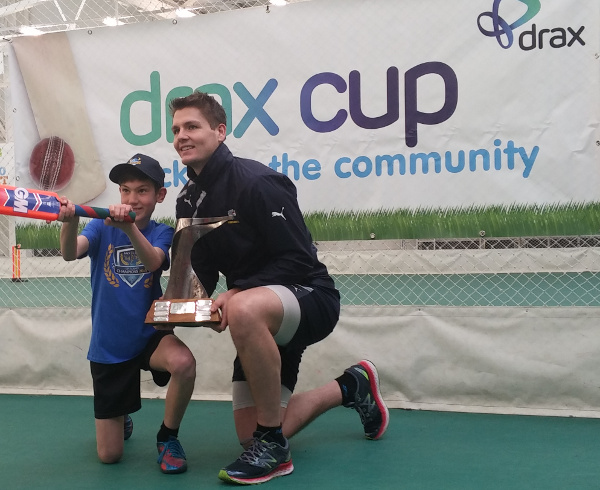 We’re at the launch of the Drax Cup, the country’s biggest under 9 tournament, and the 2015 winners Greenhill Primary School from Sheffield are midway through a match involving Lees, Andrew Hodd, James Wainman, Cecilia Allen, Will Rhodes and Ryan Sidebottom.

Much is expected of the 22-year-old batsman from Halifax, who is now officially the county’s youngest limited-overs captain, having served his apprenticeship as the temporary Yorkshire Vikings skipper in 2015.

While some of the county’s playing staff have chosen to spend the winter in warmer climes (Jack Brooks is just back from two months in Perth playing grade cricket), Lees has used the off-season to hone technique away from the public gaze.

He acknowledges that 2015 didn’t go entirely to plan – 795 Championship runs representing a solid rather than spectacular return; a trend also reflected in the other formats.

In the NatWest T20 Blast, Yorkshire didn’t hit the dizzy heights (no pun intended) that they expected and neither did Lees with the bat but Yorkshire recognised his leadership potential. 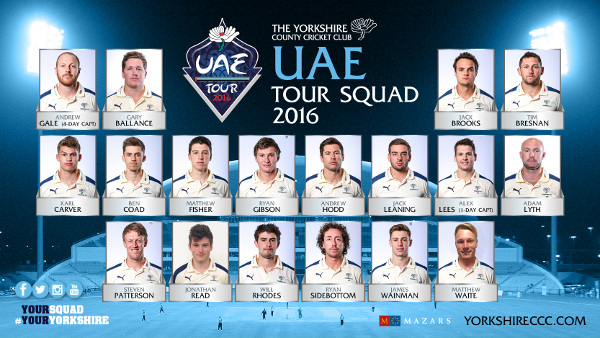 Yorkshire’s pre-season tour to the United Arab Emirates will once again prove crucial to fine-tuning and should provide answers about the squad – a trio of which are touring with the senior squad for the first time – all-rounders Matthew Waite, Ryan Gibson and Academy wicketkeeper Jonathan Read.

Yorkshire kick off at the ICC Cricket Academy in Dubai against Lancashire in a two-day friendly on Monday 14 March before a T20 against Leicestershire Foxes on the Thursday. 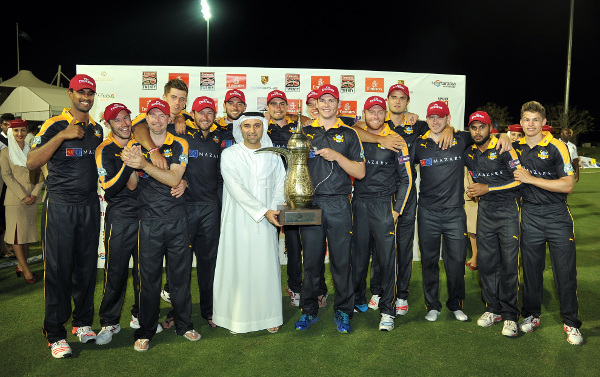 The battle for the Emirates T20, the elaborate silver jug that Yorkshire Vikings won in 2015, begins with a semi-final against MCC before the first-class season unfolds against the same opposition from Sunday 20 March.

A live stream and scorecard will be available on EmiratesT20.com on the day as well as live tweeting via @EmiratesT20. For the MCC Champion fixture, BBC Radio will be broadcasting all the action from the four-day encounter.

Lest anyone forgets, Yorkshire County Cricket Club are pursuing a third successive County Championship title that would place the current squad in some very esteemed company.

But it’s in the realm of Twenty20 where fans feel the county should be capable of much more and so the UAE offers the first glimpse of how the Yorkshire Vikings are looking for 2016:

“It’ll give us an opportunity to see where we’re at with our skills. The bowlers with their variations and with the batsmen, the same game plans and methods we’ve been working on all winter. I think it’ll also clarify some of the players’ roles that we want to use during the season.”

Away from the game, Yorkshire’s limited-overs leader has not been sitting idling twiddling his thumbs but has embarked on professional development, doing a business course and shadowing employees in various roles in West Yorkshire companies.

For those of us who notice these things, Lees has also been proudly cultivating culinary kudos with an array of dishes showing up on Twitter.

If he can manage to rustle up boundaries in the same accomplished fashion as his smoked paprika monkfish & pancetta with an avocado salad then the county is in safe hands.

**Please share this article, if you’ve enjoyed reading it. It all helps introduce Cricket Yorkshire to a wider audience. Thanks!

LISTEN TO ALEX LEES:
To listen to the full interview with Alex Lees, just click the arrow and away you go…