You are here: Home / Club cricket / How did Pudsey St Lawrence triumph in the Bradford League? 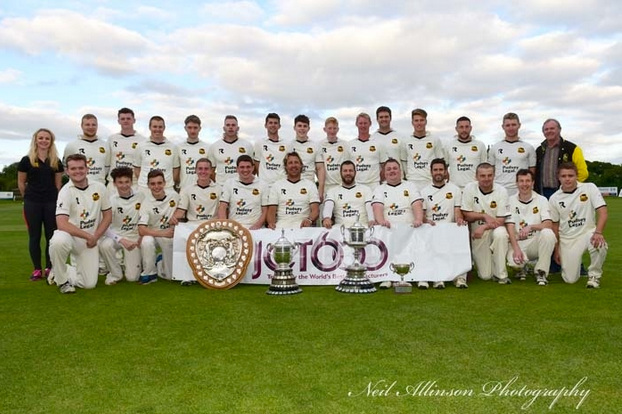 Pudsey St Lawrence have claimed the JCT600 Bradford League title – the club’s first in twenty-four years – after they won at Cleakheaton by 66 runs.

The market town of Pudsey between Leeds and Bradford has long since been a hotbed of cricketing prowess with Pudsey rivals Congs and St Lawrence producing some ding-dong derby battles over the years.

The success of the Saints has been built off the back of the likes of Mark Robertshaw, who finished the season with 1,003 runs at an average of 59 – the only batsman in the Bradford League to breach a thousand runs in 2015.

Also adding firepower and the hard currency of runs to the Pudsey St Lawrence cause this summer have been Chris Marsden (642 runs), James Smith (506 runs) and Adam Waite (706 runs); the latter scoring 76 en route to the vital Cleakheaton victory. 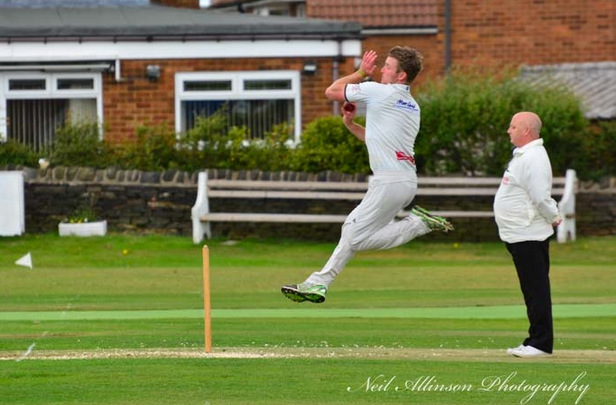 Wicketkeeper Matthew Duce claimed his 500th victim behind the sticks while the leading bowling honours for PSL included Thomas Hudson (37 wickets at 15.65 and Joshua Wilson (29 wickets at 16.95).

So, that’s the statistical bricks and mortar in place for you but how about a sense of what makes Pudsey St Lawrence tick?

Over to former Yorkshire CCC bowler and Pudsey St Lawrence Chairman Paul Hutchison to identify what has helped the club achieve success in 2015:

“Hard work, letting them know their roles within the group and player development. I think we have a better squad than we have previously.”

That aim for sustainability is illustrated with Josh Wilson, who has come through the juniors and was faring well in the seconds but wasn’t getting the wickets yet he has made an impact for the firsts in his debut season.

For Hutchison, the potential was there to see with second-eleven batsmen regularly playing and missing which led to frustration and boundaries being conceded but in the Pudsey St Lawrence nets, Wilson would be dismissing first-teamers on a Tuesday night.

If moments of intuition have helped, so too has the coaching nous led by Paul but also the experience of ex Yorkshire cricketer Iain Priestley, allied with leadership from current captain Jim Smith.

In the competitive hive that is the JCT600 Bradford League, no club should stand still and plans are already underway to recruit a few players with the Yorkshire Academy’s Jordan Thompson one who may yet end up back at Tofts Road for 2016.

In Hutchison’s view, the days of playing eleven players all the way through a season are long gone and the benefits of rotation and a competitive squad that pushes each other is the way to go.

He also attributes the distinct separation of first and second team squads so that the seconds weren’t always being depleted as a definition many cricket clubs don’t find they’re able to stick to with lower teams being significantly weakened.

As for expecting a big-money, overseas player to sign at Pudsey St Lawrence in 2016? That’s a polite but firm no chance – and with sound reason after the season they’ve just had:

“I think they are a massive gamble for a club with our financial commitment to the playing side. Achieving what we’ve achieved this year has proved we don’t need them.”

Pudsey St Lawrence won three out of the four trophies up for grabs (league and cup for both first and second eleven squads in the Bradford League) but Hutchison believes they can still go one better.

How? The talk is of safeguarding the club’s future for the next ten years if they developing their young players sufficiently from juniors then playing seconds as well as the formation of a third and fourth team. 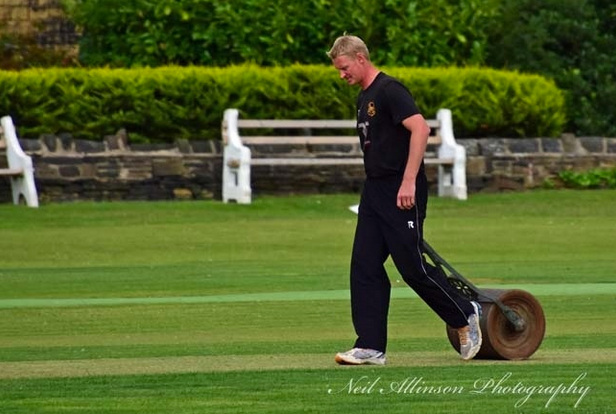 As this interview was wrapped up recently, Paul was about to hop on a plan to go on tour to Menorca with the Marylebone Cricket Club (MCC) as one of the four playing tours the MCC does each year.

Though his left knee is about ‘to fall off’ (his words, not mine), the left-armer was handy bowling expertise to call upon at times this season. Although the notion of county comeback draws an easy laugh so no exclusive there…

Photo credit: Thanks to Neil Allinson whose photos are an excellent addition to this article. He provides top-quality match photos for Pudsey St Lawrence throughout each season which go up on their Pitchero website.