You are here: Home / Club cricket / On the up at Rodley Cricket Club 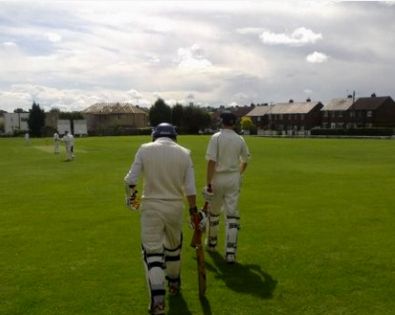 Gary Lewsley reflects on the difficult journey his club, Rodley CC, has trodden from sensationally quitting one league and having to bolster facilities to join another.

For those of you who haven’t visited before, Rodley is a village within the suburbs of Leeds and sits alongside the Leeds/Liverpool Canal.

Originally a thriving industrial area with large mills and crane works, the village has since developed into a commuter hub serving both Leeds and Bradford.

The cricket ground, on Moss Bridge Road, sits in the valley of the River Aire and is also adjacent to a wetland nature reserve.

Originally named Bramley Sports, Rodley were formed back in 1957 from the remnants of the former Wharfedale League side Bramley Mariah. They played their home games at Canal Bank Sports Ground and in the same year, they were accepted into the Dales Council Cricket League.

In 1983, it was decided to rename the team Rodley and over the next 29 years, we continued to play in the Dales Council Cricket League until a tumultuous day in 2012.

A truly awful day’s cricket at the Canal ground in June 2012 resulted in Rodley and its membership resigning immediately from the league and therefore not fulfilling remaining fixtures.

The decision, which was unanimous, was not taken lightly – yet despite being second in the league and in the semi-final of the cup, take it we did.

Let’s not dwell on events of that particular day but suffice it to say that we felt as if our future as a club was best served elsewhere after a series of unsavoury matches and a noticeable number of unregistered players who were flooding the league.

This mid-season move was a gamble both because we hadn’t been accepted elsewhere into another league – a process that usually takes twelve months – and for the remainder of the 2012 season, any Rodley players who wanted to play for another club were allowed to go out on loan.

So, the team split up and there was a real danger of the players not returning after securing temporary transfers elsewhere.

What followed was a magnificent effort of diplomacy from the Chairman and other senior members of the club who managed to secure a future in the Central Yorkshire League the following year.

This was extraordinary at the time and given the nature of the move, the Central Yorkshire League needed a lot of assurance and persuading.

The winter that followed required a real club spirit as the players, supporters and committee had to get the ground up to the required standards. 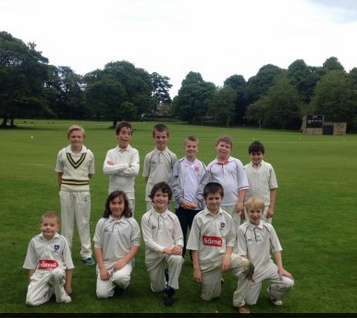 Alongside that, a stipulation was made to create a junior side which, given the area and the close vicinity of established clubs, was never going to be easy.

This first hurdle was achieved and the club had made a transition into a better standard league and could look forward with improved facilities. The momentum from this transformed the club from a village/social team to a stronger team with a number of good players being recruited.

This was not the end of the story. As you can appreciate, the cornerstone of a cricket club is the pavilion/clubhouse and it was another stipulation of the Central Yorkshire League application.

These plans were outlandishly ambitious given the nature of the club’s history. The cost was to be around £250,000 to build, which added to the store and electric scoreboard that were already completed.

As with all clubs, the players have connections and acquaintances but this would be a major undertaking, even if the cash was available. A magnificent amount of administration is required just to submit plans.

Add to that the build itself, the health and safety throughout the project, the various licences required, the objections of local people, the need to get the thing built and you have a mountain of work. 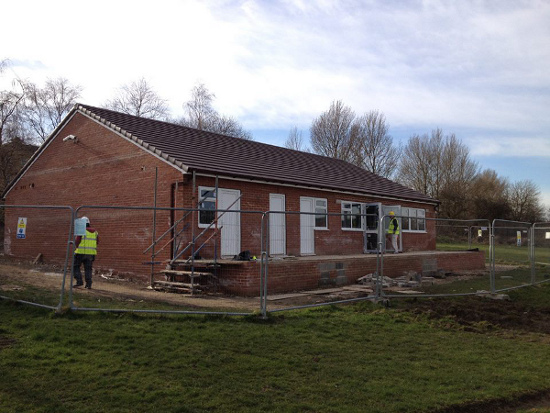 Looking back, there were some smart, strategic decisions that helped along the way. One of our players, Mark, is a lecturer at Leeds College of Building and we approached them as a joint venture.

Getting involved in the clubhouse build was a chance for the students to work on a real building site with actual time scales. The college jumped at the chance and some 150 students ended up taking part.

We installed a site manager who ensured, along with the tutor, that work was completed on time and to the required standard.

Funding such a project was a collaborative effort over time from sponsors and donations to grants from the likes of Sport England and the ECB – but we got there.

Three years later, on a sunny day in July, the Rodley Cricket Club clubhouse was officially opened. Amongst many dignitaries in attendance were the Lord Mayor as well as England & Wales Cricket Board (ECB) and league representatives. 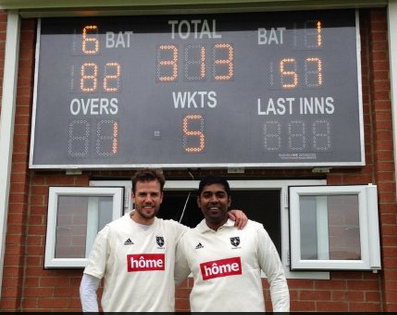 So now down by the canal, we have facilities to be proud of and all this is set alongside the beautiful backdrop surrounding the ground of the nature reserve and canal.

All that investment over a number of years has put us in good stead for the next chapter in Rodley’s history as the Central Yorkshire Cricket League merged into the Bradford Cricket League.

We’ll be kicking off the 2016 season in the Conference of the Bradford Premier League with the opening game for our first eleven at home to Heckmondwike.

Nets are underway on Sunday afternoons (3-4pm at Woodhouse Grove School in Apperley Bridge) and do come along, if you want to either restart your playing career or switch to a growing, progressive club.

It’s been quite the journey over the past three years during which, incredibly, we’ve gone from the Dales Council to the Central Yorkshire League and now the Bradford League!

Editor’s Note: This is a wonderful, short audio clip where Dan Willoughby talks about a thrilling final over of a must-win match back in 2011 at Rodley. Well worth a listen: