You are here: Home / Sponsored articles / Think Outside the Box with Crazy Catch

Listen up. Cricket practice has just got an upgrade.

To coincide with the Women’s World Cup, Crazy Catch have unleashed a campaign called ‘Think Outside the Box’ designed to showcase new and innovative Crazy Catch drills, with England star Tammy Beaumont and Director of Cricket at Millfield School, Mark Garaway.

This series of six drills, released weekly each Friday, is showing cricket players, clubs and cricket coaches how to use the Crazy Catch rebound net to improve skills and unlock new, fun ways to train.

Cricket practice can be very regimented around either a typical cricket net session batting and bowling or a game out in the middle.

Yet, there is a world of opportunity to get to grips with batting, bowling and fielding as well as incorporating team games, warm ups or reaction training.


Strike, Defend, Evade is a top-notch batting drill from Crazy Catch that will hone your Vision and Cognitive decision making.

The coach throws the ball against the Crazy Catch and is positioned behind the batsman to be in the perfect (and safe) place to offer immediate feedback.

There are three different coloured ‘Crazy Catch Vision’ balls used (their varying weights mean that they rebound off the net at various speeds to keep everyone guessing).

Using the lighter green balls, the batter has to practice evading a delivery around head height that mimics short pitched deliveries.

The harder red ball is then introduced with the batter tasked with striking each ball.

Last but not least, a third coloured ball is added and a defensive shot is the name of the game.

The next step is for the coach to feed any of these three coloured balls at random and the batter has to quickly assess the colour and make the appropriate decision: strike, defend, evade.

Natural progression can be stepped up by changing the pace of the ball being thrown or using the insane side of the Crazy Catch net to add a further layer of unpredictability!

The Crazy Catch classic range for cricket has both a ‘Sane’ and ‘Insane’ side when used with a small ball with the insane side not rebounding as you’d expect, adding extra challenge.

A quick point about our powers of concentration. Research has shown that we don’t tend to actually watch the ball all the way from bat into our hands but we track it in stages which may or may not end up with a catch to remember.

Crazy Catch’s Vision balls have coloured shapes on them and act as a way for players of all ages to closely follow the trajectory of the ball all the way either into the hands, if fielding, or onto the bat.

Watching Mark, who was once England’s fielding coach, throw the balls at Tammy in the video was to be reminded how vital the service is when practicing to get the desired outcome – but that in itself is educational with coach or player having to concentrate on throwing accurately.


Picture the scene. The batsman aims to whack it into the middle of next week but instead sends the ball up so high it will come down with snow on it.

Are you a safe pair of hands? Want to be that person who effortlessly takes catches like shelling peas?

Welcome to the high catching drill to teach cricketers how to take catches comfortably through the combination of practice and coaching tips.

The player throws the ball to the coach, holding a Crazy Catch Freestyle, who fires it up into the heavens and follows the cricketer to ensure once the over-the-shoulder catch is taken (or spilled), there’s another and another soon after.

The key coaching points here include: to set off like a rocket to get close to the ball as swiftly as possible, keep your head still, turn to see the ball coming early and catch it as close as you can to the body.

To make things more difficult, increase the height and number of successive catches that will test fitness and concentration as well as the technical ability to complete a catch. Or try this catching drills taking a catch running backwards instead of forwards.

If you train hard then when that cricket ball rockets up into the air, you can have the confidence that you’ve been there, got the T-shirt and the batsman has just made his or her last mistake. 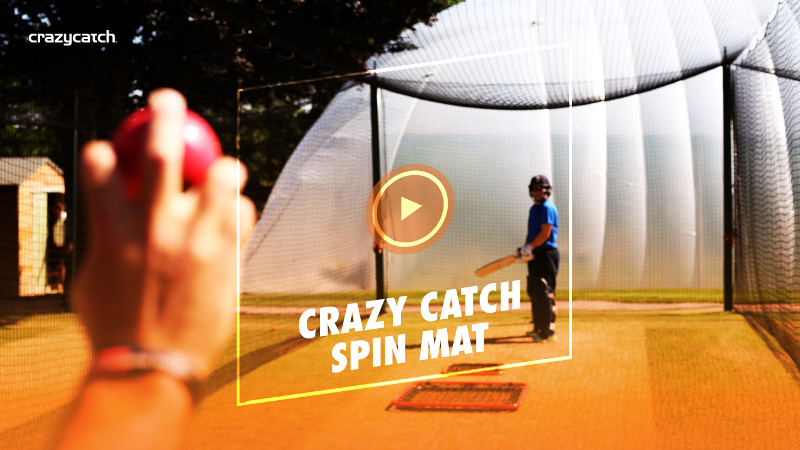 Remember, every Friday there will be a new video drill, released by Crazy Catch, along with the opportunity to download the free coaches PDF resource card for each drill at http://thinkoutsidethebox.pagedemo.co and follow Crazy Catch on Facebook or Twitter to be the first to see each new drill as it arrives.

3) Stumping & Catching – low, skimmed throws to replicate the nick of a batsman’s blade to either wicketkeeper or close catchers.

4) Fungo Power Hitting – This baseball-style drill is to get you hitting boundaries at will through a long back lift allied with fast hand and bat speed.

5) Inner ring fielding – Use the Crazy Catch to send the ball randomly into a space and all you have to do is swoop in, pick up cleanly and throw down the stumps for a quite brilliant runout. 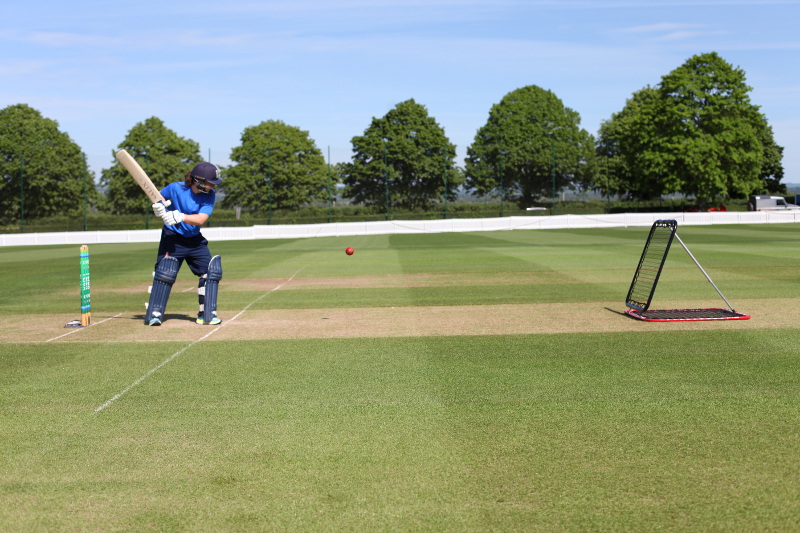 INDIVIDUALS, CLUBS OR SCHOOLS – Use these drills to improve!

The advantage of these new cricket drills is that they are fun, can help cricketers of all standards to improve and are a combination of being in a cricket net environment and in an open space so you can train indoors or outdoors.

DOWNLOAD THE CRAZY CATCH COACHING TIPS FOR EACH DRILL

Any players or coaches out there keen to improve their game should get the free pdfs.

They show the drill set up, coaching points, suggested progressions and Tammy’s top tips. Once you input your details in the link below, they will send you each new drill (video and PDF card) on its launch date:

Enjoy your cricket training! I’m sure these drills will make you all better players and at the same time, show how the Crazy Catch range can be used creatively. Every club needs one! You might come up with your own spin-off drills…

Keep in touch with Crazy Catch on Facebook and Twitter for all their latest news and advice. If you want to find out more about the range of Crazy Catch products, check out their website – http://crazycatch.com