You are here: Home / Club cricket / Sicklinghall: What do you do when your cricket club is burnt to the ground? 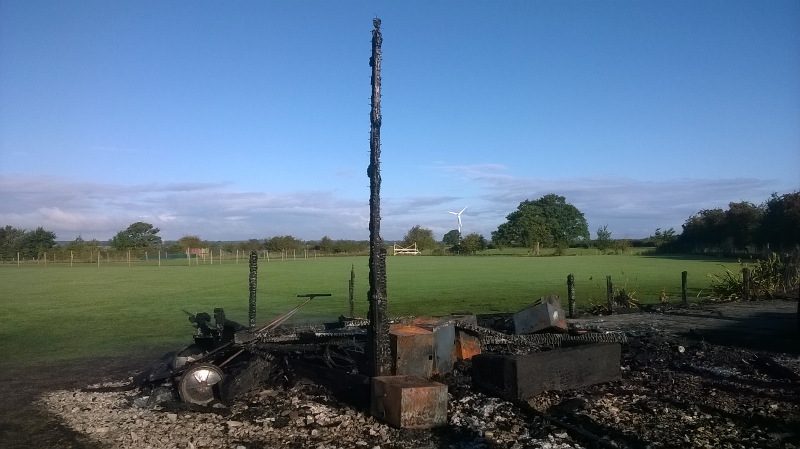 Sicklinghall Cricket Club is reeling with shock after a fire, believed to have started before midnight last Saturday, has completely destroyed all of their buildings.

Absolutely nothing is left. The clubhouse, scorebox and equipment shed along with memorabilia and machinery are all gone with North Yorkshire Police and Fire Services unable to prevent the blaze claiming everything.

This proud club has been part of the village since 1922 with their centenary fast approaching and generations of families interwoven with its heritage. 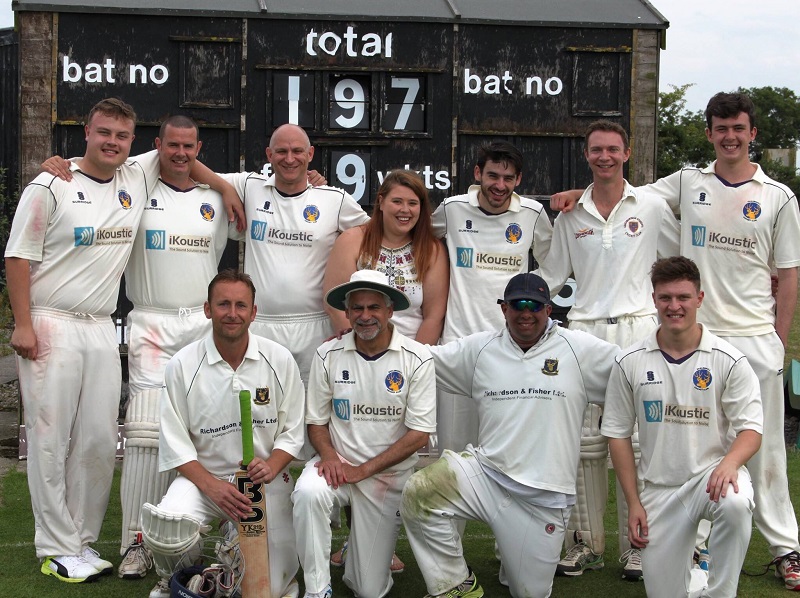 Sicklinghall 1st XI play in the Wetherby Cricket League, the club only has one side, but were rightly feeling confident about the future after the success of junior cricket coaching this summer had led to an under-nines team being registered for 2017.

“Everything is gone. There is nothing there, it’s just ground. As one of the players said, ‘It’s our own little piece of ground zero’ because it’s just been completely razed to the floor.”

On hearing the news, Jean’s immediate thought was that someone was having a cruel joke at her expense. After all, Sicklinghall is a world removed from being a crime hotspot.

This peaceful village can be found West of Wetherby out in the countryside near places like Kirkby Overblow and Clap Gate; a quiet community where major news has tended to be around things such as rural broadband than the decimation of a cricket club. 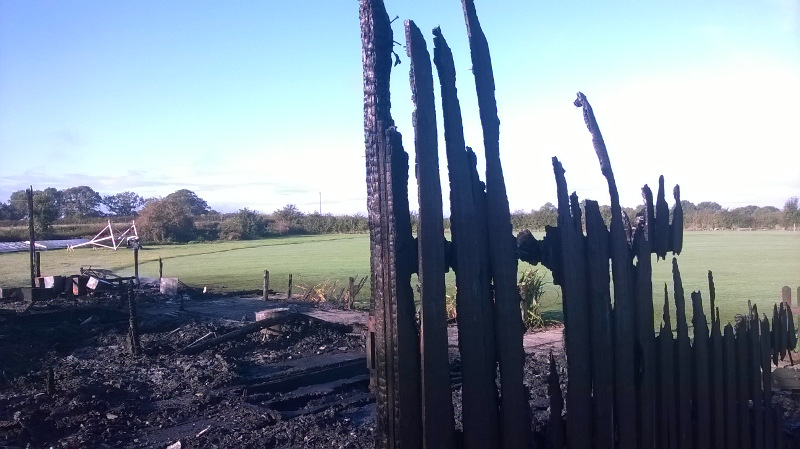 The cause of the fire may never be known but if we dismiss the notion of spontaneous combustion, it looks very much like someone deliberately started it; a despicable act I can’t begin to understand.

After the numbing shock comes the need to jolt back to reality, rally round and start the cleanup. Sicklinghall CC began with an emergency meeting that was very well supported and there is the drive there not to be defeated by this.

After the involvement of the police and emergency services, now comes the insurance claim. Sicklinghall are partly covered on that front but the ruins where once their club stood cannot be magically brought back to life.

There is also the common issue where insurance won’t fully cover all the losses. They can surely expect help in time from the likes of the Yorkshire Cricket Board and England and Wales Cricket Board to try to make up some of the shortfall but individuals and cricket clubs can help in terms of monetary or in-kind asssitance.

Of course, a cricket club is so much more than its infrastructure. Everyone from players past and present, to coaches, their committee, supporters and friends can, and surely will, puff out their cheeks, roll up their sleeves and bounce back.

How can you help?

Sicklinghall Cricket Club has set up a Justgiving page where you can donate securely online if you so wish. The pennies and the pounds will all go towards literally building this cricket club back up again piece by piece.

Are you a cricket club? Can you donate some ground equipment or something else? It’s best to contact Sicklinghall CC directly which I imagine will be really appreciated.

It’s a sad state of affairs but incidents like this are more common than you’d think with cricket clubs often a target for vandalism of one moronic kind or another.

In fact, this is the second case of suspected arson at a Wetherby League cricket club in a matter of months after Scholes CC had their pavilion destroyed by a fire at their Rakehill Road HQ back in August.

Best wishes to all involved with Sicklinghall CC as they seek to recover from this over winter in time to be up and running for next season.