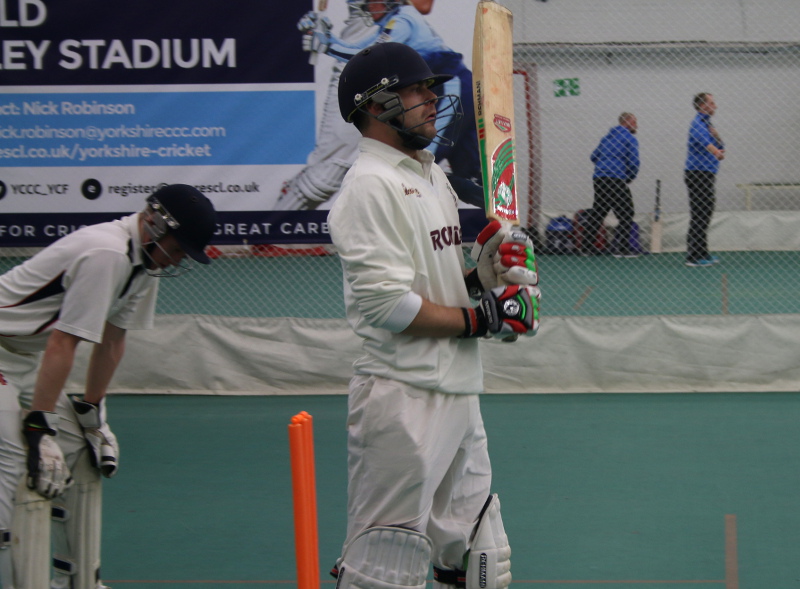 On an assignment for The Cricket Paper – ahem, article due out this Friday, buy a copy for my forthright ramblings – it was time to head for indoor cricket to watch the The ECB Indoor National Club Championship.

This was a full-throttle, pocket of cricket with different rules than I was used to: blink and you ran the risk of missing several wickets.

Woodlands Cricket Club, from the Bradford Premier League, were representing Yorkshire at the County Playoff and Orrell Red Triangle (from the Liverpool & District Cricket Competition) were heading down to Leeds.

Woodlands had a strong side out packed with first teamers with the pace of Elliot Richardson and Jack Bleazard, spin of Mark Lawson and Kez Ahmed as well as Greg Finn and captain Tim Jackson offering batting prowess.

Orrell Red Triangle never got to grips with the indoor bounce and were scuttled out for 34 in no time at all. 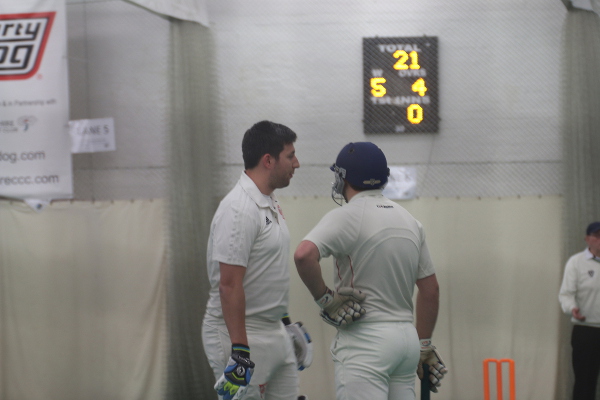 In this six-a-side format, there are three-over bursts, runs are allocated for hitting different walls and the square-leg umpire officiates from outside of the net because of the short distances involved.

As Woodlands sedately strolled to a ten-wicket victory (or should that be six-wicket win as the sixth batsman continues on his own?), I couldn’t help but feel that this is a bite-sized, high-octane format that needs to be in every school – and every club should have a go.

Now, it ought to be noted that there are pockets of indoor cricket leagues dotted around Yorkshire but many cricket clubs switch off their cricket-playing part of their brains until nets at this time of year.

But, how about ditching nets once a month and having a six-a-side tournament instead?

It was compulsive viewing at the Yorkshire Cricket Centre on St Michael’s Lane though Orrell Red Triangle were on a hiding to nothing trying to defend their tiny score.

Photographing the action was a bit of a nightmare given you can’t get in the arena with the players (not allowed and it would be asking to be clattered) so gingerly videoing and snapping through the net presented its challenges.

Woodlands progress and face Tynemouth at Old Trafford on 3 March. The winners take on either Grasshoppers from Shropshire or Derby Congregational in the Regional Final on the same day.

I interviewed Woodlands Cricket Club Secretary Brian Pearson, their captain Tim Jackson and Orrell Red Triangle skipper Andrew Mottram for The Cricket Paper article and there was worry about the drop-off of interest with indoor cricket.

From what I saw, the potential for indoor cricket remains untapped but whether the mindset can shift from conventional marathon net sessions remains to be seen.

Now, feast your eyes on some photography and video clips below…

**Yes, I know that’s a picture of a Facebook logo but I’ll ensure there’s fresh and live video content on the Cricket Yorkshire Facebook page too.**

VIDEO: Watch the loudest clapping you’ll have heard in a while and a smart catch by Woodlands: 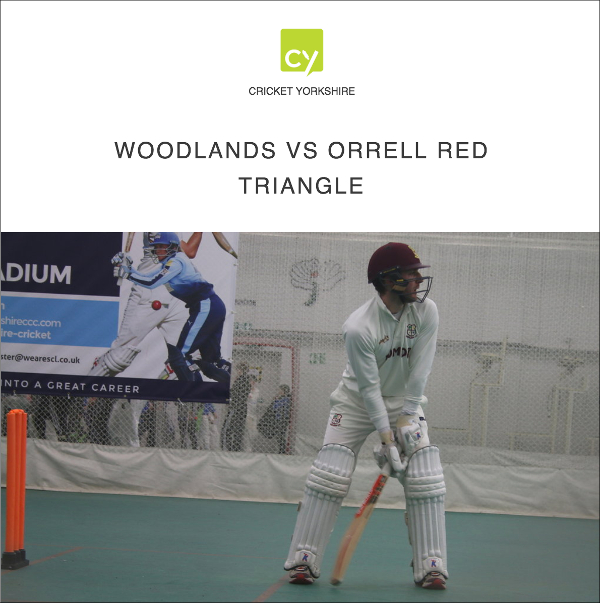 PHOTOS: Selection of photos from Woodlands vs Orrell Red Triangle

**Note – You’ll have to supply your email address to view the photos (and will be added to Cricket Yorkshire’s newsletter). It’s a way of building my audience and you are welcome to unsubscribe at any time.

All the best to both clubs for their season ahead and if you, the reader, liked the article, videos and photos then please consider sharing the article via the Facebook and Twitter buttons below.