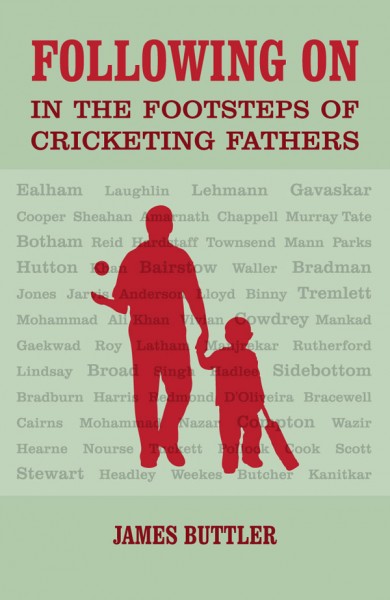 James Buttler’s latest book, Following On – In the Footsteps of Cricketing Fathers, delves into the dynamic surrounding the father and son relationship in cricket.

All of us, for whom county cricket is part of our DNA, can conjure paternal combinations who have played the game professionally.

In Yorkshire, Bairstow and Sidebottom are two surnames that loom large but the game is dotted with cricketing couplets.

Through a range of interviews, Buttler teases out the pressure of expectation on sons whose fathers are well known in cricket and revives the nature versus nurture debate.

When Ryan and Jonny trod the paths their fathers had for Yorkshire CCC, was it millstone or milestone?

The inspiration for the book was borne partly from a scarcity of material already out there but also interest was piqued when James went to a county game at Canterbury.

Arnie Sidebottom, Chris Cowdrey, Alan Ealham & David Bairstow were on show and this blend of fathers and sons made an impression.

Then, in his role as Yorkshire County Cricket Club’s PR & Communications Manager, Buttler was also at the ground for Jonny Bairstow’s debut in 2009 against Somerset:

“I remember watching him walking out at Headingley…I’d seen other people make their debuts but there seemed to be just a little bit more of a ripple of applause.

People recognised that this lad who walking out to the middle was David’s son.”

Preliminary research for the book included a conversation with sport psychology coach Simon Hartley, who works with Yorkshire County Cricket Club, and his view was that us men can’t help but compare ourselves to our fathers.

Statistically speaking, that’s simple enough to do in cricket though mere numbers strip away all the meaningful context of different eras, conditions, bowlers and batsmen. 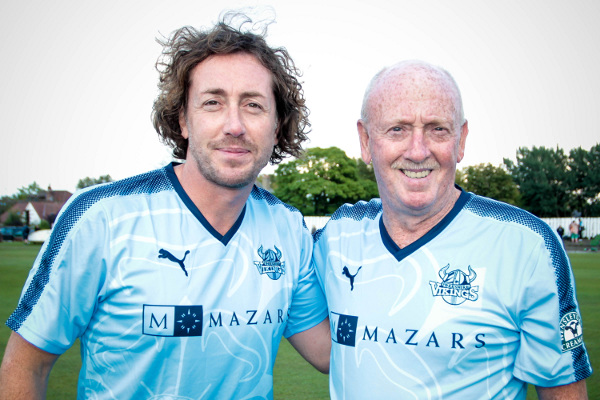 Nonetheless, can you imagine the weight of expectation on Ryan Sidebottom as he made his own way in the game after Dad notched a mere 596 first-class wickets?

Ryan has spoken before of Yorkshire schools trials and the assumption that he was only there because of his famous father.

Being told he’d never make it and should quit by a cricket coach in public could have put him off but acted as a catalyst to what became an extraordinary county and England career.

Prolific in schools cricket for Cheltenham College, a knock of 319 in his late teens for Antigua merely compounded the notion of another Richards bullying bowling attacks.

It wasn’t to be for Mali but as Buttler points out, even away from cricket, it was impossible to escape the family name:

“Mali’s first love was tennis and even as a tennis player, he was compared to Viv!”

What that inevitably does is constrict a person’s sense of individuality and as we discuss the book, another epic name from cricket tumbles forth: Bradman.

I didn’t know that Don Bradman’s son, John, changed his name to John Bradsen in his thirties.

It can’t have been an easy decision to make and was a source of anguish for ‘The Don’ given he had literally made a name for himself through his exploits in the middle.

John wasn’t a cricketer but still needed to break that association with one of the stellar names of cricket. The endless questions about his father just became too much of a burden.

A final thought for you…is cricketing excellence in the genes?

Well, I won’t spoil it but it’s another facet addressed in James Buttler’s compelling book that will keep cricket fans entertained and informed throughout.

December is with us so here at CYHQ, that means the self-imposed embargo on mince pies has been joyfully lifted and the Christmas countdown can begin.

If your thoughts are turning to solving this year’s Christmas present puzzles for friends and family, you can snap up a copy of Following On below. 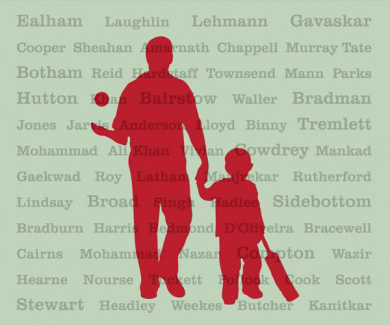 GET YOUR  COPY OF FOLLOWING ON!

Click to buy James’ book if you’re looking for the ideal Christmas present for a cricket fan or just want to treat yourself.

“James Buttler has found a niche in the market with this excellent book which delves into whether sporting greatness is passed down from father to son or is nurtured by a combination of individual flair and hard work.”

“It deserves a place on the bookshelf of every genuine follower of sport, particularly cricket.”

‘I can’t speak highly enough of this book. This captures the essence and inspiration parents pass to their children (with regards to cricket) perfectly. All cricketers will no doubt be able to relate to the stories, if not all sportsmen and women.’