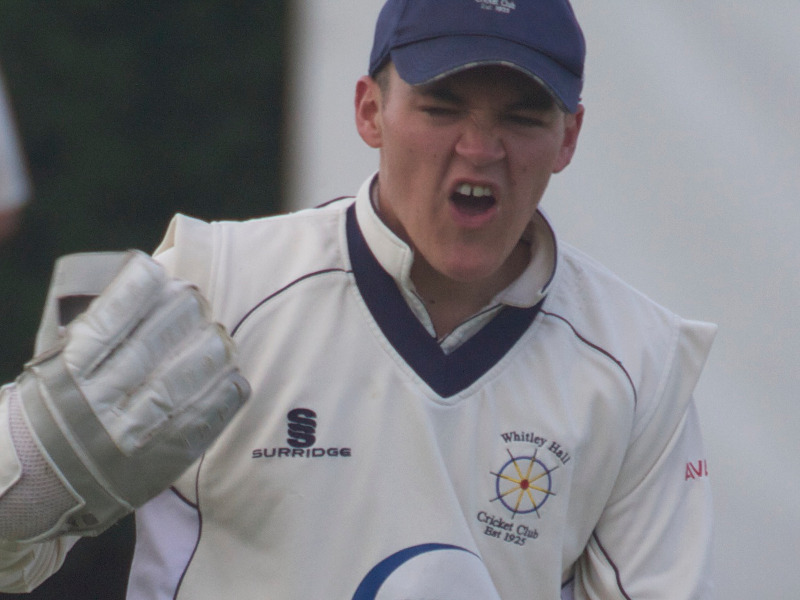 You always remember your first time. For me, it was a slate-grey afternoon in the Heathrow flight path.

The ball was doing a bit – which without wanting to get over-familiar – is as pre-emptive a sentence as you’re ever likely to read.

True to form, our top, middle and late order evaporated in the time it took to assess a wicket as green as a seasick sailor, lose the toss and prod, poke and punt our way into submission.

Walking nonchalantly into bat at about 37-8, I distinctly remember getting bat to ball several times – a feat worthy of being note given its paucity down the years – before being hit flush in the box.

Weirdly, cricketers tend not to be shy about recalling when this universal eye watering moment happened to them; sometimes revealed in hushed tones from the clammy embrace of a changing room corner, sometimes with a faux bravado not felt at the time.

What did I do? Well, I feigned indifference as my team mates collectively sucked in their breath in solidarity and got on with the task at hand – namely smashing a double hundred before tea.

Does that sound remotely feasible? Thought not.

For a start, I began to cry. Not in an appallingly public emotional outpouring kind of way but an involuntary welling of tears brought on by the kind of excruciating pain I’d associate with having your unmentionables blowtorched.

It doesn’t take much to claim my wicket; I have been remarkably generous down the years when it comes to gifting it through an ingenious array of methods.

But on that particularly dank and anatomically altering Saturday, I shovelled the next delivery into a fielder’s hands with something approaching laser precision.

It was absolutely anything to get off the field and collapse with ignomy as teammates did the decent thing and laughed themselves hoarse.

While cricket equipment has evolved down the decades, the humble cricket box is much as it ever has been: a plastic protector of dubious merit.

Credit where credit’s due. They don’t tend to shatter like they used to at school, sending shards of plastic about as blunt as a surgeon’s scalpel through your undercrackers.

Those were the days. When you had to whitewash your pads before school matches and batting gloves were those hideous – not to mention utterly useless – spiky monstrosities.

While not wishing to claim any overwhelming medical provenance when it comes to the ergonomics associated with temporarily housing your private parts in plastic casing, some design has been fairly foolish.

Though manufacturers might beg to differ, supposed improvements down the years have been negligible; in fact changes have tended to be as a result of previous daft tinkering and clearly not based on any scientific certainty.

Making a cricket box tear-shaped seems decadent to the point of dangerous; some are almost pointy which, whilst accommodating for all creatures great and small, is just asking for trouble.

A picture has popped into my head that has, I’m ashamed to say, caused uncontrollable waves of juvenile guffawing.

I just wondered how cricket boxes are tested? There’s no point testing them without being worn by cricketers so do they line up a group of willing volunteers – probably cash-trapped students at Loughborough’s national Cricket Performance Centre – and fire cricket balls at them?

Now that’s a video worth scouring the internet for.

Perhaps it’s just the names that have changed. Now you can opt for the Shock Doctor Ultra Carbon Flex Cup.

Which, when all said and done, is still a piece of plastic with a bit of padding which half-heartedly does the job in a haphazard way we don’t seem to mind settling for when it comes to pads or helmets.

It’s about time the twin masters of science and technology took the evolution of the cricket box to another level and we’re here to help with our own (patented) idea.

How about something along the lines of an inflatable cricket nappy?

Think about that rapid inflation mechanism of a steering wheel airbag deployed on impact when the cricket ball hits.

You might need oversized cricket whites to cope with unexpected rapid expansion but what you’re reading right now could soon be the exciting future of cricket protection.

Until our next-gen prototype hits the shelves, don’t forget that humble plastic white box in your kit bag. It’s not perfect but one day, it might just be called upon.