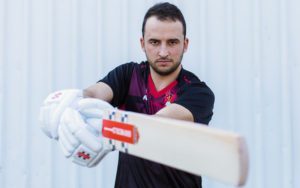 History was made at Shaw Lane on Saturday as Tian Koekemoer became the first player to take all ten wickets in an innings (10-38) since the establishment of the Yorkshire Cricket Southern Premier League. Koekemoer, from Eastern Province in South Africa, had already contributed 40 with the bat before putting in a stunning bowling performance […]